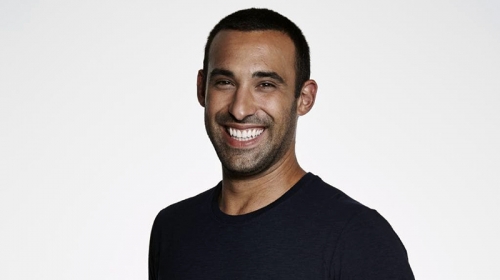 You still can’t wipe the smile from the affable chippie who won season 2 of House Rules with his wife Lisa in 2014. He joined the Better Homes and Garden’s team the following year as their resident builder and on the same day that he won the fan-voted 2016 Logie award for Best New Talent, he also became a father. But Adam has always been a builder first and foremost.

He qualified as a Carpenter in 2005 and a year later started his own carpentry business. In 2011 he achieved his unlimited building license for domestic building. The majority of his time in the trade has been spent specialising in extensions and renovations because he prefers the challenges that come with working and blending with an existing structure.

Through his television presenting and live appearances, Adam is keen to share his wealth of expertise.

“I would enjoy helping people to become inspired to renovate or make changes to their property – big or small. I like giving people the confidence and knowledge on how to fix up simple, minor and everyday problems that occur in the home so that they can take control and save costs of hiring a handyman”

Adam also considers his role is to encourage people to think about the spaces they live in and to help them understand that there are more than one way to achieve a particular style or look to suit their lifestyle and budget. He assists people in exploring the utilisation of spaces and how they can be adapted for practical and functional living and considering ideas around Green living, insulation and ways to utilise natural light to save on energy consumption and bills.

All building projects come with big and little decisions.

“It is important when deciding if you should build or renovate, how to approach the design stage and how to balance practical considerations with lifestyle needs. Wherever your inspiration is founded, it is important that you can picture what will really work in with your lifestyle”

On a personal level Adam grew up in Melbourne in a close-knit hard-working Italian family. He spent his younger years working in his parents’ Pizza shop and because he enjoyed working with his hands at high school he felt certain he should pursue a trade. He credits his choice to enter carpentry to a mechanic who took him on for work experience during high school. “He said to me, ‘ Is there anything you love just as much as mechanics?’ and I responded ‘Carpentry’. He suggested I would be better off following that career as the mechanics business was changing”, Adam recalls.

Apart from opening up television for Adam, that career choice has also provided Adam with some amazing experiences including joining the charity Habitat for Humanity and travelling with his wife Lisa to Nepal in 2015 under the charity’s guidance to assist in building houses for up to 40 families living in a slum community. “This project in Nepal empowered struggling families, via a tiny interest free loan, to own their homes. It instils pride and relief for families who get a roof over their heads that they own”.