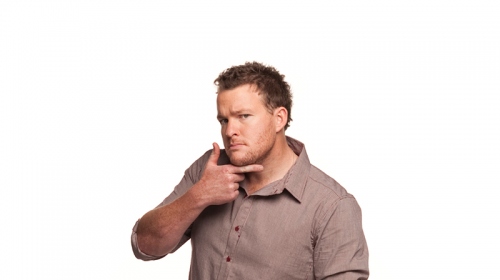 Cosi is a born and bred South Australian! He grew up on the Yorke Peninsula and studied Agriculture at Roseworthy college. He’s a country lad, who, after winning a radio competition on SAFM became a South Australia media stalwart!

Cosi heads up “South Aussie with Cosi” which is SA’s only travel show. They are currently filming fourth series to commence later this year. South Aussie with Cosi calls Channel 9 Adelaide home but is now shown across the world on 46 countries!! Cosi is proud to dedicate his life to promoting this state and those people who call it home. Cosi’s goal is to not only promote SA but unify the state to encourage others to get passionate about living in one of the best places in the world.

Cosi inspires people to travel within South Australia using his personal and hilarious anecdotes! Cosi is always entertaining, informative and compassionate when it comes to promoting the state and interacting with his loyal followers. By using his hundreds of thousands of TV viewers and a combined 120,000 Facebook friends he has a significant voice amongst the South Australia community, especially with his country roots, he ensures no one is forgotten!

Cosi has been in the media for 14 years which have included hosting SAFM and Triple M Breakfast Shows and national radio gigs. In 2005 Cosiwas awarded SA journalist of the year. Over the years he has also won a swag of awards within radio including an ACRA for “Best Radio Feature” at a national level.

In 2008 he appeared as a contestant on the high rating Channel 10 reality show “The Biggest Loser.” He turned around years of gaining weight, when in four months when he lost over 30% of his body weight and almost made it through til the end of the series, getting eliminated in Week 10 of the series with a huge fan following.

He is a passionate ambassador for the state of South Australia and will just about anything to prove it. He recently launched an online campaign to save the Lower Light Cockroach which saw his Facebook posts shared over 15,000 times and was seen by close to 1 million people. He purchased the world’s biggest cockroach for two slabs of Coopers beer and re-gifted it back to the state. Now the SA icon is safe forever!
Cosi is also a dedicated family man, and loves his beautiful wife Sam and their three children who provide him with endless amounts of entertainment, on and off air!

Offshore, Cosi’s a also busy man. He was the founder of a charity which owns a cattle farm in Cambodia. In 2013 Cows for Cambodia was launched. 60% of Cambodians earn less than $1 a day and those in rural villages have little or no possessions other than the straw huts they live in. Through his followers and fans he raises money and gives pregnant cows to give to these extremely impoverished families. Once the cow has its baby, we give it to the next family to have their own calf! His personal aim is to have 100 cows and therefore help 100 families!! 100% of funds donated goes towards buying cows, vaccinations and additional hay.

He has also been busy promoting tourism in SA within Dubai & China.

Cosi is the perfect fit for any business looking for a high profile South Aussie as an MC or host. His online expertise and huge following have been used by many companies to strengthen their company’s position online with incredible results. The passion that Cosi has for life is infectious to all those he is around!

“Cosi perfectly performed his MC role. He went with the flow and did a great job in revving the audience up prior to the author talk. We’ll certainly consider using Cosi again.”
Ian Hildebrand – Mount Barker Community Library

“I would like to pass on a huge “Thank you” from CPA Australia for your excellent presentation last night.  You went well over and above what we usually expect from a speaker – making an effort to mingle with the crowd and making a point of saying goodbye to each person at the end of the night. You are a true professional! After last night’s session, I feel that we are in a great position to make a success of it (a regular event) here in Adelaide – and a lot of the credit goes to you!  The feedback I have received from the members this morning has been fantastic.”
Emily Jerome – Event Coordinator – CPA Australia Ltd

“Very professional, got the crowd pumping, excellent MC! He did everything he was asked and had a great rapport with the crowd. Overall, very happy – Cosi would be a definite consideration for 2006.”
Shane Shepherd – Project Coordinator: Encounter Youth – Schoolies Week