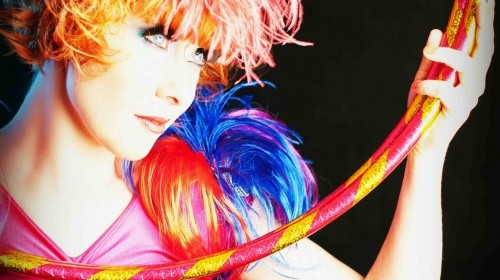 Anna Lumb, internationally acclaimed, as the flame-haired Pocket Rocket of incendiary circus, is a Melbourne based performer and actor specialising in circus, theatre, hoola hoops, trapeze and physical comedy.

Exploding onto the stage with her charismatic blend of sassy circus, wild theatrics and unforgettable soundtracks, Anna’s unique style has taken her to circus, music and theatre festivals and salons around the world – from performing with Peaches in London and in filmclips for Powderfinger and Clairy Browne and the Banging Rackettes, to featuring in world famous variety shows La Soiree (formerly La Clique), New York’s Absinthe and The Burlesque Hour. She has toured the world with festival darlings Strange Fruit and recently starred in and toured Australia (for 7 months) with the smash-hit dancing ovationed Finucane & Smith’s Caravan Burlesque. She has also appeared in the Glory Box and subsequent seasons of Caravan Burlesque for the Darebin Arts Speakeasy program and Midsumma Festival.

Anna has also created two acclaimed full-length solo works; “Big Shoes to Fill”; an expose of a 50ft woman (a hit at the Melbourne Fringe and Melbourne International Comedy Festival) and underground hit “I Heart Jack”. She has made several TV appearances; most recently on The Great Debate for Channel 10 as part of the Melbourne International Comedy Festival and with Tim Rogers in his new show Studio at the Memo.

“The true standouts of the night though are the circus-style acts. Anna Lumb, channeling the Metropolis robot with gold suit and staccato movements, delivers a virtuosic hula hoop performance.”
Australian Stage

“A highlight is a hula hoop routine by Anna Lumb who also manages a trapeze solo in a pair of killer stiletto heels.”
★★★★ The Age, Melbourne

“So bizarre and quirky you quickly question what is folly and what is genius.”
★★★★1/2 Kryztoff Raw, Adelaide

“Crafting a unique voice in the ever evolving circus genre.”
Herald Sun 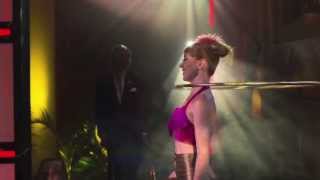