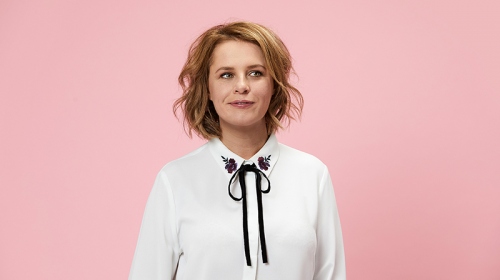 Anne Edmonds is one of Australia’s most exciting stand-up, character and banjo-playing comedians. Since bursting onto the scene in 2010, she has brought her exquisitely incisive characters, songs and worldview to clubs and comedy festivals around Australia and all over the world.

After a sold-out season and a prestigious peer award win at the 2015 Melbourne International Comedy Festival, Anne took her show, You Know What I’m Like, to London’s Soho Theatre in January 2016. She toured her 2016 Barry-nominated show – That’s Eddotainment – around Australia, stole the show in ABC TV’s Fancy Boy and won the 2016 MICF Director’s Choice Award in with the True Australian Patriots. No Offence, None Taken saw her nominated again for the Barry Award in 2017, and she followed it up with a successful run at the Edinburgh Fringe and a return to London’s Soho Theatre.

Anne continues to be a familiar face on Australian TV screens as she makes regular appearances on Network Ten’s Have You Been Paying Attention?, The Project and Hughesy We Have A Problem. She was also the host of the 2018 Melbourne International Comedy Festival Opening Night Gala, broadcast on ABC TV.

The Edge of the Bush, the Scandi-noir inflected comedy series Anne created, wrote and starred in for ABC TV, debuted to critical acclaim in September 2017. The series is now available to view in its dark, sparkling entirety on ABC iView.

Anne’s appearances as beauty and fashion expert Helen Bidou on ABC TVs Get Krack!n must be seen to be believed. Her live show Helen Bidou: Enter the Spinnaker Lounge, garnered Eddo her third Barry nod, and a Best Comedy Performer nomination at this year’s Helpmann Awards.

Eddo brings her new solo show, What’s Wrong With You? to festivals in 2019.

“Rolling with the confidence and energy of a prize fighter, Edmonds is touchingly engaging.” ★★★★
Herald Sun

“Still laughing the next day, simply a fantastic performer.” ★★★★
The Age 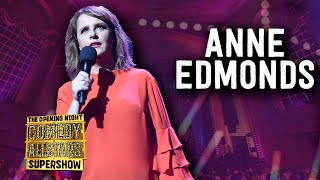 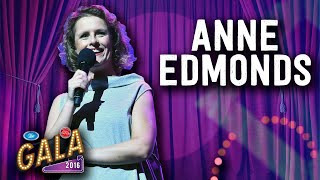