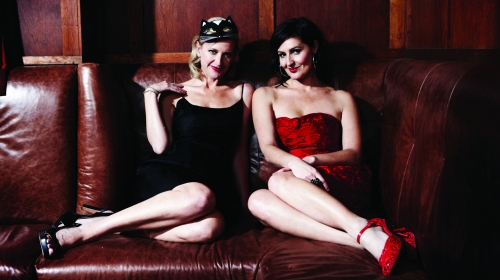 Baby et Lulu are two of Australia’s seductive French-language chanteuses. A truly magnetic musical partnership which has been seducing audiences since their debut release, much loved artistes Abby Dobson – ‘Baby’ (Leonardo’s Bride) and Lara Goodridge – ‘Lulu’ (FourPlay) have recorded a second selection of classic and contemporary chansons, as well as, for the first time, a number of their own original compositions written in French. Baby et Lulu have enjoyed a new found poetic freedom in writing in the language they both love so much.

What does France and French culture mean to Baby et Lulu?

Lulu says: “I’ve been infatuated with France for as long as I can remember. It was at university that I discovered some of the great writers, poets and thinkers of France, including Derrida, Sartre, de Beauvoir, de Maupassant, Prévert, to name but a few. The Sorbonne in Paris is the oldest university in the world, so it’s no wonder that France has long been a home of radical thought, yet presented with beauty and elegance. And of course, there’s also the French music, cuisine, and cinema which continue to enthrall me”.

Perhaps best of all – for both audience and duo – Baby et Lulu allows Abby and Lara the exhilaration of stepping into two sassy and playful characters in a veritable celebration of la vie française. A heady combination of feminine couture – from elegant to va va voom, seductive and witty banter, romantic chansons sung exquisitely in French, and the extraordinary musicianship of the band, leaves them and their audiences, enraptured. It is no surprise then, that Baby et Lulu continue to attract new devotees at their festival appearances (including WOMADelaide, Adelaide Cabaret Festival, Melbourne Festival, Port Fairy and Blue Mountains Music festivals) and sold-out club shows across Australia.

Baby says: “For me, my love of French music followed my love of French language, food and sensuality. Parisian aesthetics are so captivating, even the lighting from people’s living room windows seems sublimely art directed! I still love to wander around Paris on a Sunday; the place is so quiet! And they close the shops; the French understand that, as a civilised nation, it’s important to have time to reflect, to switch off from the world of commerce; that an inner life is so valuable… They are not a culture uncomfortable with intensity or passion or melancholy. I was able to explore these aspects of myself without inhibition when I lived there as a young woman, and making music with Baby et Lulu affords me the same avenue of exploration and succour.”

Whatever the French connection and inspiration, it’s not hard to be swept away by the irresistible fun and folly which takes place whenever Baby et Lulu make beautiful music together. Voices that blend so beautifully, romance and seduction expressed so intelligently and humorously – these are rare commodities rightfully turning heads everywhere, and ‘Album Deux’ promises the adventure will continue.

Don’t miss out on your own Baby et Lulu expérience fantastique!

‘With blithe spirit, old material is made new, yet again”
Alistair Jones, The Australian

“Baby et Lulu, a couple of unabashed Francophile chanteuses, put on a show that leaves their audience feeling as refreshed as a bottle of sweet white wine rather than Cabaret’s standard night on the red”
AussieTheatre.com

“They have a tongue-in-cheek rapport and their voices blend beautifully as they roll out hits…Dobson’s French adaptation of her hit single Even When I’m Sleeping was a highlight and Goodridge plays a mean fiddle”.
Adelaide Now

“Arriving to the packed out Festival Theatre main stage, it was clear the très charismatic pairing of sexy songstress’ Abby Dobson and Lara Goodridge, AKA Baby et Lulu, have earned themselves a strong following of baguette-loving-baby-boomers”
The AU Review

“Chanteuses Abby Dobson and Lara Goodridge in slinky, tight frocks and showing some leg — as part of the 2013 Adelaide Cabaret Festival — was advertised as ‘a sassy romance in Paris’ and did not disappoint.”
Maggie Tate – Global Media Post

“Lara Goodridge and Abby Dobson combine their amazing talents in an explosion of French chic. After hearing some of their tunes it is hard not to appreciate the talent that is Baby et Lulu”.
Alt Media Group 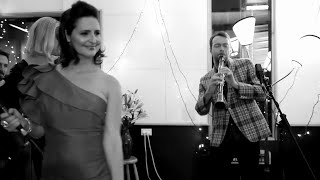 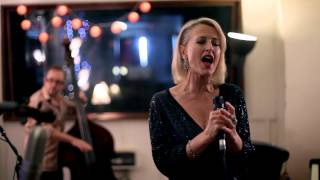 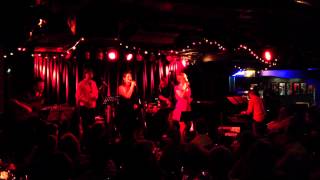