Bob Downe, one of Australia’s most loved and enduring comedy characters, is the creation of broadcaster and entertainer Mark Trevorrow.

Bob is one of Australia’s most loved and enduring comic characters, created in 1984 by Melbourne-born journalist, actor and singer Mark Trevorrow. The prince of polyester has won multiple Green Room awards in a career taking him from Melbourne to London to Edinburgh and New York and beyond, appearing in every TV show from Mike Walsh, Hey Hey It’s Saturday and Countdown (in Mark’s cabaret group The Globos) to Good News Week, Kath & Kim, The Project and Q & A (as both Bob and Mark). Bob is currently headlining regularly on a P&O Comedy Cruise, sailing out of a capital city near you!

Born in Melbourne, Mark started his working life at 17 as a copyboy with The Sun News-Pictorial, before co-founding cabaret comedy group The Globos, who released two Australian Top 20 hit singles, Tintarella di Luna (1982) and The Beat Goes On (1983). In 1984 he formed a comedy duo with Cathy Armstrong, in which Bob Downe was born.

In January 1987 Mark Treverrow went solo with the character at Sydney’s Harold Park Hotel. In 1988 he took Bob to the Edinburgh Fringe Festival, where he was a huge and instant success. Bob Downe played throughout the 1990s to ever larger British audiences, with Mark in perpetual commute between London and Sydney, touring nationally in both countries. With a multitude of UK TV credits under his beige belt, Bob made his twelfth Edinburgh Fringe appearance in 2002.

Back in Australia, the first Bob Downe album, Greatest Hits, was released in Australia in 1996, with 1997’s Jazzy! nominated for a Best Comedy Album ARIA music award. 1998 saw the Australian publication of his first book, ‘All Bob Downe!’ on Penguin publishing and he hosted the Sydney Gay & Lesbian Mardi Gras Parade broadcast for Network Ten. In 1999 and 2000, Bob again hosted the Mardi Gras Parade, a consistent ratings winner for Network Ten.

“The magic of the man behind the mask.”
The Studio

“Whether serious or madcap, almost every line was delivered direct to the eyes of an audience member, yet Trevorrow’s innate likeability allowed him to do this without any sense of confrontation. Perhaps Downe will let him out more often.”
John Shand – Sydney Morning Herald

“Bob was a huge success and the crowd loved him.  He made a big difference to the atmosphere on the night and we were thrilled with his energy and personality.  He also made the effort to make some comments that were linked to the event which increased his impact – and he was absolutely hilarious.”
Karin Dunsford – Walford School 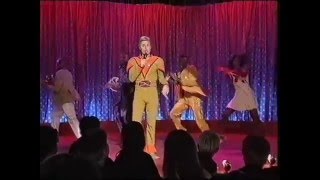 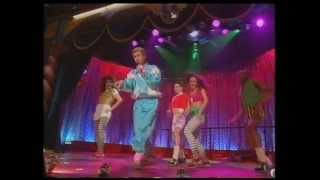 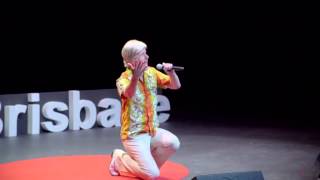 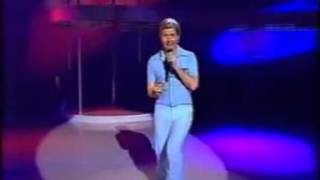 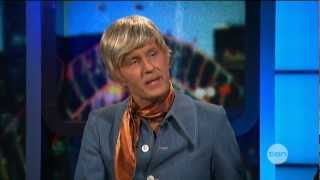 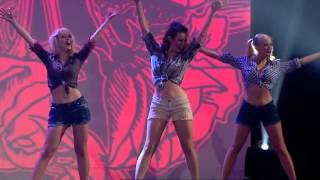