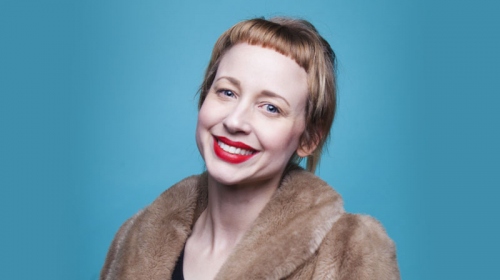 Carla Wills has been making the locals laugh in Adelaide for the past year, after taking Melbourne by storm in the years pre-pandemic she has settled back on her home turf to dispel the myth that grumpy feminists are not funny. Carla has appeared as a Raw Comedy National Finalist (2017), for Triple J Good Az Friday and won Best Newcomer in the Adelaide Comedy awards. She is certainly one to look out for.

Her festival shows have regularly sold out and deservedly earned a five star reviews. She’s hilarious, sassy and on the up and up.

Carla was recently on the 2019 line-up and the MC of Winter Comfest alongside Anne Edmonds and Urzila Carlson and will featured in the 2022 Winter Comfest line-up alongside Zoë Coombs Marr, Sam Taunton & The Kransky Sisters.

“This was exactly the sort of show I had been waiting for. Carla Wills totally nailed it with a mix of dry wit, cutting observation and the meaning of life.”
Adelaide Show Podcast

“This is just about the pick of the pre-dinner shows this festival.”
Pedestrian TV 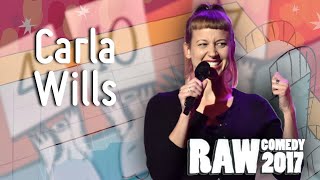