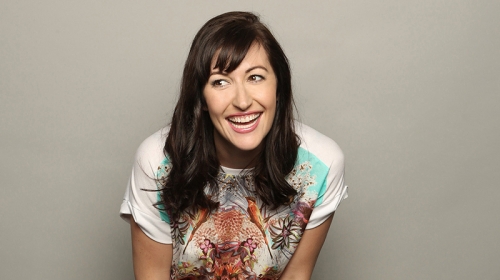 Multi-award-winning comic Celia Pacquola has cemented her position as one of the most in-demand comedians in Australia, while also forging a comedy career in the UK and abroad.

Her stand-out solo festival shows The Looking Glass, Let Me Know How It All Works Out, Delayed, Flying Solos and Am I Strange, have all garnered rave reviews wherever they were performed, from Melbourne to Edinburgh. In 2014 Celia was nominated for the Barry Award at the Melbourne International Comedy Festival for the best show and won the Amused Moose Laughter Award at the Edinburgh Fringe. In 2016, Celia became the youngest woman to host the Oxfam Gala for the Melbourne International Comedy Festival/Network Ten.

Celia is also a talented actor with roles in the acclaimed ABC1 drama The Beautiful Lie, the AACTA award-winning Laid, Logie Award winning drama Offspring and in Working Dog’s series Utopia, for which she won an AACTA Award in 2015. Her wit and jokes will be familiar from guest appearances on Spicks and Specks, The Project, Good News Week, Dirty Laundry, Have Been Paying Attention? and more. Internationally, Celia has been a guest on Never Mind The Buzzcocks, Chelsea Lately and The Rob Brydon Show. She was also handpicked to support John Oliver on his 2015 Australian Tour. Following this, Celia was invited to the 2016 Just For Laughs festival in Montreal to perform as part of the Carrie Fisher Gala, and then to London for an appearance on Live At The Apollo.

In 2016, Celia and her dear friend and Utopia colleague Luke McGregor starred on ABC1 in Rosehaven – a comedy series of their own creation. Celia finished the year with a filmed stand up special of her smash hit festival show The Looking Glass for subscription service Stan, and an AACTA Best Supporting Actress award for her performance as Dolly Faraday in The Beautiful Lie.

2017 sees Rosehaven returning to the ABC, with a new broadcast partner in the United States, SundanceTV. Celia will also be returning for a new season of Utopia and making her feature film debut in The Breaker Uppers directed by Jackie van Beek and Madeleine Sami.

“One of our most gifted stand-ups at the top of her game.”
The Age

“A comic who can step to the level of Tina Fey.”
Herald Sun, Melbourne 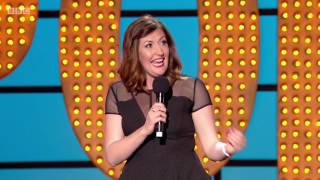 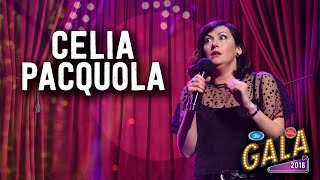 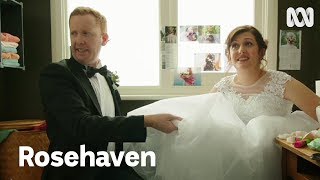