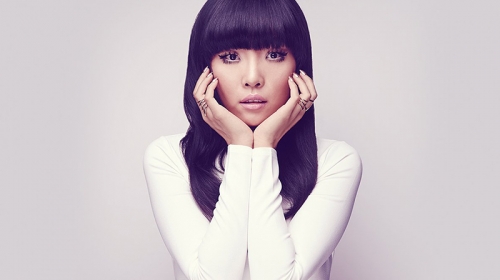 It’s a new era for Dami Im. Always evolving, there’s a continuum in Dami’s work that reaches back to her pop past while simultaneously demonstrating a creative growth that keeps an eye firmly on the future.

Sitting around her home studio as she plays a smattering of new tracks, you quickly realise you are in the presence of an artist who is entering an exciting new period in an already formidable career.

Dami hits ‘play’ and her new single ‘Lonely Cactus’ bursts through the speakers. Written with Bri Clarke and Andrew Burford (aka One Above), the tune is one long hook. It’s the kind of song you hear once, and then spend the rest of the day with it running through your head.

When the song fades, Dami takes a minute to explain where the inspiration for ‘Lonely Cactus’ came from.

“While I was working on promoting my last single ‘Paper Dragon’, I became obsessed with cacti. I really wanted to write a song about a cactus and it started off as an idea about myself. On one hand I feel lonely and want to be around other people, and on the other hand I quickly get annoyed and prickly around people and just want to be left alone. I took the idea to our writing session and we tweaked it to mean it’s about a friend rather than myself because everyone knows someone who is that way.”

Dami’s sure got that right. As we know, all great singers sound like they’re telling the truth – and maybe that’s why ‘Lonely Cactus’ hits so hard.

While 2020 saw the world enter lockdown, it also saw Dami Im release a handful of new singles which signaled where the artist is taking her career. Among them were ‘Kiss You Anyway’, ‘Crying Underwater’, ‘Marching On’ and the aforementioned ‘Paper Dragon’. It was around this time that Dami started working with producers that ‘got’ where the modern pop muse was taking her music. Dami’s latest collaborators include Andy Mak (Vera Blue) and Konstantin Kersting (Mallrat, Jungle Giants, Tones and I).

Before we press on, it’s worth considering a few of Dami’s impressive career highlights to date.

Dami won X Factor, she is ‘Eurovision Royalty’ (coming second in 2016), her subsequent #1 global hit ‘Sound Of Silence’ charted in 38 countries, Dami’s had four top ten albums on the ARIA chart and further hit singles with the likes of ‘Alive’, ‘Super Love’ and ‘Gladiator’.

That’s a lot of gold and platinum discs in any language … and in 2019 she was the Women In Music Humanitarian Award winner.

Still – like all great artists – Dami Im is about the here and now. ‘Lonely Cactus’ is a solid gold indicator of the direction she’s currently taking.

“After releasing my own music of originals on my <Heart Beats> album, I made a couple of records of covers that my label wanted me to do,” she explains. “2020 was a year I got to return to my original music again and these songs were a result of me finding the ability to create the type of music that I love and enjoy. Beginning with ‘Crying Underwater’, I’ve been trying to explore, and at the same time share with the listeners, who I really am as a person and as a singer-songwriter.

You don’t have to be a genius to figure out that the buzz word behind Dami’s new work and original material is ‘authenticity’. This is the real Dami … this is the singer putting her heart and her songwriting chops on the line.

“I don’t think I’m making a dramatic change to my music, but I’m steering it towards something that matches who I am as an artist now,” she begins by way of explanation.

“I love music that puts emphasis on raw and textured vocals accompanied by production that has the right balance of polished sounds mixed with organic and imperfect instrumentals,” she adds. “With ‘Lonely Cactus’ I wanted it to have enough production to keep it fun and interesting, but to be as minimalistic as possible and not overshadow the simplicity of the melody and the vocal textures. Artists that have influenced me this way are Emily Sandé, James Arthur, Benee and Julia Michaels.

While reconnecting to the artist that won our hearts with ‘Super Love’, ‘Gladiator’ and ‘Sound Of Silence’, Dami Im is moving forward with a brand of pop that is fun, still quirky, possibly more mature and ‘adult’ … but she’s now going deeper on this new journey and delivering sonic jewels that are somehow softer, gentler and more organic.

In 2021 Dami Im remains a trailblazer. She’s a cultural icon, a shapeshifter and an artist that is completely in tune with her own pop self.

It’s a joy to witness. 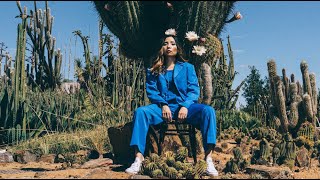 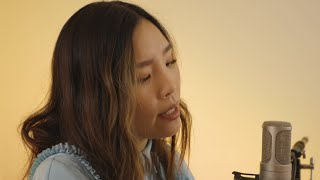 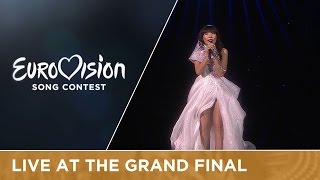 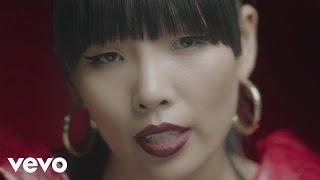 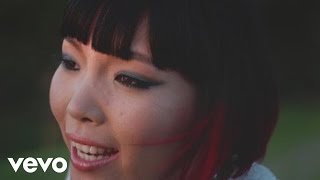