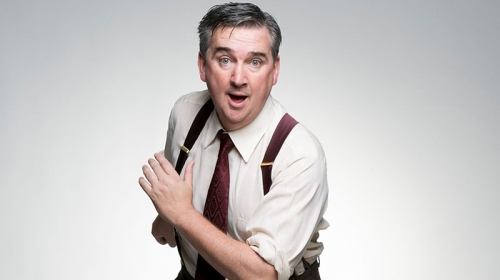 Damian Callinan is an award-winning standup comic, TV sketch show performer, broadcaster, actor and writer. He is best known to TV audiences for his roles on Skithouse, Before The Game and Comedy Slapdown as well as being a regular guest on Spicks ‘n Specks. He is also a fixture on The Melbourne Comedy Festival Gala and is a regular on 774ABC. Damian is an accomplished and hilarious MC and fabulous comedian.

In 2010 he received a 3rd nomination for the prestigious Barry Award at the Melbourne International Comedy Festival for ‘The Merger’ which toured nationally in 2011. The Merger will continue its course around the country in 2012 and a TV version of the show is in early development. This followed a national tour in 2010 ‘The Cave the Rave – A Comedy Dance Lesson,’ which saw him win the ABN Amro Foreign Exchange Award to perform at the Edinburgh Fringe.

In 2011 Damian also appeared in the State Theatre of South Australia production of ‘The Complete Works Of William Shakespeare – Abridged.’ The season at the Adelaide Festival Theatre was followed by a regional tour of South Australia and the play will be remounted for a national tour in 2013.

Damian has performed in 3 previous productions of ‘The Complete Works’ including 2 seasons at the Sydney Opera House.

Troy Carrington
Troy is undoubtedly Damian’s most popular corporate character. After playing bugger all games at 4 clubs over 7 years, Troy Carrington has taken to coaching in the bush and running Bodgy Creek’s only alpaca farm slash organic winery. However Troy also fancies that he can make a bit of extra coin on the public speaking circuit. If you’re after an after dinner speaker with a difference, Troy is the ideal choice. He initially presents himself as a typically inarticulate country boy, however as he begins to regale stories of footy trips; talent nights and pre-season bonding activities Troy reveals a much more sensitive; cultural persona. Post-season footy trips to Prague to follow the Mozart trail to Vienna and using Elizabethan verse out on the field to confuse the opposition. These are the unlikely offerings of Troy as he shares his career highlights.

Klaus Amstel
Internationally renowned maestro just happened to be in Australia for whatever High Art event that is on the calendar. Your opportunistic even host has enquired as to his availability as after dinner speaker at your event and Klaus has obliged. Within seconds of him taking the lectern it obvious Klaus has taken the gig reluctantly as he takes the torch to Australia, the state, the city and the organisation that has booked him. Ideal for arts industry events or anyone who is happy to have the Mickey taken out of themselves Klaus is happy to tailor his acerbic tongue to your needs.

“Damian is a stand out, gifted Comedian and MC with a great ability to tune in to any audience. I first saw him as MC of the annual “Opera in the Otways” [Cape Otway/ Apollo Bay – 300 people] He was very funny and entertaining. The second time was as Comedian – ‘Troy the country football coach’ at the Bendigo Bank State Conference [450 people – Bankers and Partners] He had the room in stitches. Thoroughly recommend.”
Endorsement: Michael Daunt – Board Member – Creswick Community Bank
Events: Opera In The Otways (2011) & Bendigo Bank State Conference (2012)

“Just wanted to send a quick note to say thank you Damian for your fantastic efforts as our MC on the night. We have had so much great feedback about you Damian – you really did help to make the night even better than it has been in previous years. Thanks for being so flexible and accommodating around timing, seating and the program. We would be very interested in exploring having you as MC again next year.”
Endorsement: Wendy Grimston – Communications & Change Manager – State Trustees of Victoria
Event: State Trustees Ball – Hyatt Ballroom (2011)

“Damian made our first day at work a really great day. Everyone laughed and enjoyed every minute. He was able to capture so many points related to teaching and put them into true and comical situation. Well done, Damian.”
Endorsement: Carol Rawson – Lowanna College, Newborough
Event: Professional Development Day (2012)

“Thanks so much for creating and bringing to life your comic Dafydd Lewis Alumnus character for the Dafydd Lewis Dinner last Friday night. I personally was greatly amused by the absurdity of the country football player describing so proudly the wondrous cultural post season tours he had been on. And looking around me I could see lots of our Alumni and current scholars were also. Well done you!”
Endorsement: Tanya Costello – Senior Manager, Philanthropy Partners, ANZ Trustees
Event: Daffyd Lewis Scholarship Dinner (2008)

“On behalf of the convenor, Dr Bill Watkins and the organising committee of the Fertility Society Annual Conference, thank you for the wonderful performance at our dinner. Your show ‘Spaznuts’ could not have been more appropriate for our delegates and they enjoyed every moment. Your performance was, without doubt, one of the stand-outs of the conference and was discussed and re-lived in detail throughout the next day! We greatly appreciated the work you put onto ‘personalise’ the show to our delegates and the conference.”
Endorsement: Kim Odea – Fertility Society of Australia
Event: Fertility Society Annual Conference (2007)

“I just wanted to thank you for last night and let you know that we’ve been getting some fantastic feedback. You did an excellent job, especially at getting the students involved! Students keep telling us about how much they enjoyed the activities and how they’d like to do it again! So great work, your activities were just what we were after. I wish you well in your upcoming ventures. Hopefully we’ll see you again soon. Thanks again!”
Endorsement: Cassandra (Sandy) Webb – Student Advocate & Support Coordinator – Monash University Gippsland Student Union
Event: Monash Gippsland First year Integration Day (2009)

“On behalf of the Walking on Words committee I would like to thank you for your fantastic dinner speech and terrific MCing at our conference. It was wonderful and we appreciate the time and effort that you put into your work. 100% of Conference delegates gave your performance the highest rating, which is a huge result and has never happened before. Dinner participants also raved about your very funny and clever performance. So thank you, it was a pleasure meeting you and I wish you every success with your tour.”
Endorsement: Jenny Fink – Operations Manager, Central Highlands Regional Library Corporation
Event: Walking With Words – Early Years Literacy Conference (2009)

“I want to thank you on behalf of all the Roaring Forties members for your absolutely fantastic support of our event at such incredible short notice last Friday. You are rated as one of the best comedians we have had in 29 years and I have already been requested your contact details for other events! People with your skill and willingness to help are rare and we really appreciate your contribution … you were very, very, good!”
Endorsement: Geoff Sinclair – President -The Roaring Forties Club & CEO Brigadoon Horses
Event: Roaring Forties Annual Post Grand Final Lunch (2010) 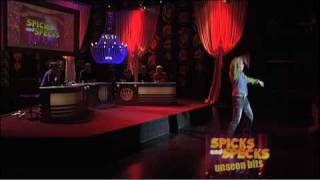