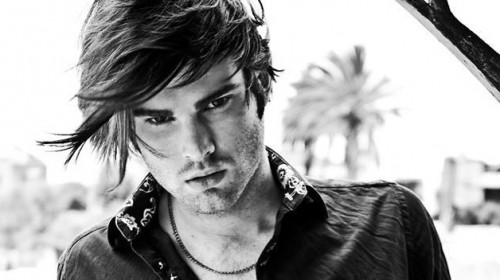 “I’ve been called mysterious, intense, confusing, crazy and captivating. But at the end of the day, I’m just a guy with a guitar and a story to tell. Live and love…”

Australian audiences became aware of Melbourne-based singer Dean Ray on April 4th during the auditions of X Factor Australia. Ray had the crowd wildly cheering to his own rendition of ‘Bette Davis Eyes’ with Redfoo telling Dean to ‘Check your passport, because you’re out of this world man.’

Dean grew up in tiny Meandarra, QLD with his father Chris, a contract stockman, and mother Angie, a stay at home mum. Dean says he was born into music. While heavily pregnant with Dean, Angie was playing bass in rock bands. In fact his parents were musicians on the country-music circuit, which lead to Dean traveling Australia with his parents, and sleeping in guitar cases while they packed up their gear to travel to the next beer soaked venue.

“Travelling with musicians you pick up a thing or two” says Dean. At age 6 he was keen to learn the drums. After only 5 lessons, he had it. Then at 13, Dean learnt to play guitar, and that’s also when he began to write songs. Dean and his brother, who played piano, were recruited into their parents band ‘Itchy Feet’. Dean remembers; “That was the start. I just got better and better.”

At only 16 years of age, Dean left his family home to follow his musical dream. ‘I left home young because I just felt that chapter was over and I wanted to see other things. I wanted to go broke, I wanted to sleep under bridges…’ During this time Dean travelled and worked on farms to get by which lead to a back injury working within a warehouse. This forced him into playing music full time to pay the rent.

2014 is the year for Dean he says, “Everything has just fallen into place”.