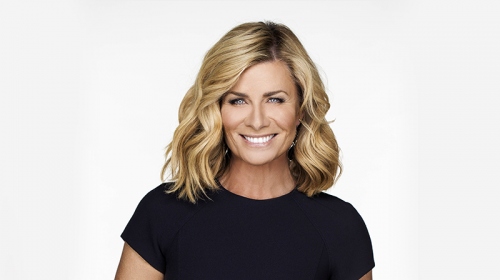 Deborah Hutton first appeared on the cover of Australian Cosmopolitan at sixteen and since then has become a household name and much-loved personality.

Her modeling career began while she was still at school and led to top international contracts in Germany, Italy and New York, where she worked with the world’s top models and photographers.

For more than ten years Deborah represented the MYER Grace Brothers department store group as their national ambassador and spokesperson and hosted a variety of corporate functions, VIP nights and seminars.

For more than ten years Deborah was an editor for the top circulating magazine Australian Women’s Weekly. She started with the beauty pages and then went on to become the Fashion Editor and Editor at Large for Home and represented the magazine nationally on television.

Deborah was an ambassador for Qantas for twelve years presenting the in-flight video guide, seen by one million passengers per month worldwide.

In 2011 Foxtel signed Deborah to host a series of programing initiatives for the highly successful Bio Channel and then a role hosting The Foxtel Movie Show on Arena and Stage & Screen for the Foxtel Arts Channel.

In 2012 Deborah founded ‘Balance by Deborah Hutton’, an on-line community designed to help women with practical advice around maintaining balance in their life. Deborah is also a savvy businesswoman launching both her range of home-wares “Living with Deborah Hutton” for Kmart, which was a huge success and her own brand of Optical eyewear. Through Deborah’s love of cooking, she has authored two cookbooks ‘My Love Affair with Food’ and ‘Entertaining Made Easy with Deborah Hutton’.

Deborah is in demand as a keynote speaker and is renowned as a professional MC who always does her research whether hosting a glamorous awards night or interviewing Australia’s top CEO’s as part of a business discussion.

Her speaking topics include:

Deborah shares her learnings which include:

Summary:
Motivational / Inspirational Speaker sharing personal and professional experiences and learnings; with tips and check lists for achieving a more balanced and productive life. Deborah can talk about a number of topics from leadership and empowerment to achieving goals and embracing fears. She is down to earth, funny and shares stories and learnings from many of the interesting and influential people she has met along her journey.