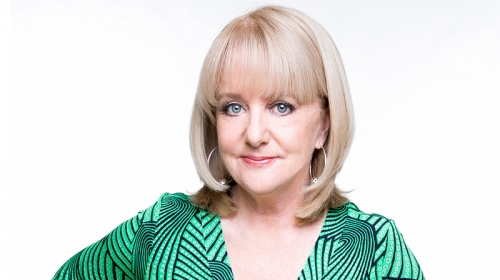 Denise first started working as a professional actor and comedian nearly thirty years ago, but it has been in the last decade or so that Scotty has gone supernova – winning awards, selling out theatres, appearing on high-rating TV shows and writing two popular memoirs.

To wit: in 2009 Denise penned All That Happened at Number 26, a book which became a national best seller and a hit tour, with sell-out seasons at the Melbourne International Comedy Festival and the Sydney Opera House. Number 26 was also produced as a DVD for the Warehouse Comedy Festival series.

Scotty’s subsequent solo show, Regrets, was awarded the Melbourne International Comedy Festival Directors’ Choice Award, with Scotty winning a Helpmann Award for Best Comedy Performer. She then made her debut (finally!) at the Edinburgh Fringe Festival, and released her second book The Tour.

Fittingly, 2013 was all about touring for Denise, hitting the stage with her dear friend Judith Lucy in The Spiral. Their stand-up-slash-book-tour debuted at the Princess Theatre during MICF and went on to sell well over 30,000 tickets across Australia.

Scotty has been and remains a favourite guest on many of Australia’s favourite TV shows, including Spicks and Specks, The Project, and Talkin’ ’bout Your Generation, in addition to starring as Trish Gross on Channel 7’s high-rating drama Winners & Losers.

Denise returned to the stage once again in 2014 with a new, BARRY AWARD-WINNING solo show, Mother Bare, at the Adelaide Fringe, the Melbourne International Comedy Festival, the Sydney Opera House and the Brisbane Powerhouse. And in 2015, Mother Bare returned to MICF for a limited run at the Comedy Theatre and the prestigious Hamer Hall. Denise also guested in Please Like Me, Jack Irish and House Husbands.

In 2016 Denise has continued to perform around the country and appear on our TV screens … but watch this space. Everything’s coming up Scotty!

“Scott can help us see the funny side of any adversity.”
Sunday Herald Sun

“A seasoned and generous performer.”
The Age

“Denise Scott… only has to look as if she’s going to say something and everyone laughs.”
Sunday Herald Sun, Melbourne

“This show is absolutely A grade; it would be a crime if there were any unsold seats this season.”
The Age, Melbourne

“Scott affirms her status as one the country’s funniest.”
The Age, Melbourne 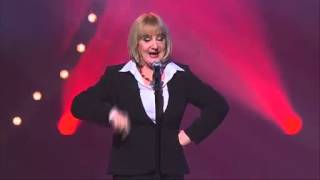 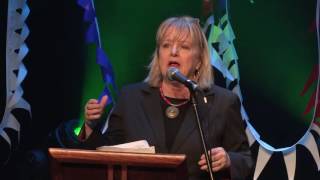