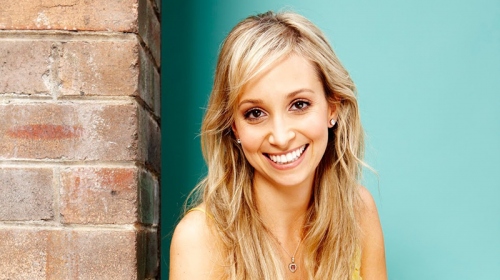 Dr Lisa Chimes graduated from Sydney University in 2006 with a Bachelor of Veterinary Science with first class honours and moved to Melbourne to complete her emergency and critical care internship at Animal Accident and Emergency in Melbourne. Lisa moved back to Sydney in 2008, where she commenced work at Sydney’s Small Animal Specialist Hospital (SASH), where she has worked ever since. In addition to her role as an Emergency and critical care veterinarian, Lisa also runs the canine blood bank at SASH. She is also a member of the ANZCVS in the Small Animal Medicine Chapter. In 2010 Lisa obtained post-graduate qualifications by becoming a member of the Australian College of Veterinary Scientists in Small Animal Medicine. She is also a member of the Australian Veterinary Association (AVA).

Since 2009, Lisa has been a welcome addition to Australian homes with her growing TV presence. Bondi Vet (which saw it’s 8th season in 2016) followed Lisa at work in the trenches of the 24-hour emergency unit at SASH, alongside Dr Chris Brown. More recently, Lisa stars in Dr. Lisa To The Rescue which premiered in July 2015 on the Nine Network.

Dr. Lisa to the Rescue is a reality show, which helps to find forever homes for rescue dogs, and it’s filmed at various rescue organisations, such as the Animal Welfare League. The show sees Lisa on a personal crusade to change Australia’s view of shelter dogs, one pooch at a time! Finding the right match for a life-long commitment is a challenge, and Lisa combs the dog shelters in search of the right rescue dog for each pet-yearning family.

Lisa is well loved in the media, having made appearances on Channel Ten’s Ready Steady Cook, The Project, The Circle, Breakfast, Ten News, The Nine Network’s Mornings, Studio 10, Today Extra, Kyle and Jackie O, as well as various newspaper, magazine and radio appearances. She is a favourite on the pet expo circuit, sharing her knowledge and animal know-how with fellow animal lovers and industry experts at events such as The Dog Lovers Show. Further cementing her widespread popularity and appeal, Lisa has also been involved in publicity campaigns for Guide Dogs Australia.

After the birth of her first ‘human child’ Hudson, Lisa saw a need to educate young children to help look after pets and has since signed with Penguin Group to release two children’s books My First Puppy and My First Kitten, which hit shelves in July 2015.

Currently, Lisa is an ambassador for Merial’s Nexgard Spectra, Real Pet Foods Company and the Animal Welfare League, as well as being an ongoing contributor for Houzz.com, and Mamamia.

In addition to Lisa’s veterinary and television work, she is also an accomplished MC and speaker.

She lives in Sydney with her husband Brad, their three children Hudson, Darcie and Spencer and their two cavalier cross poodles, Nelson and Lucas.