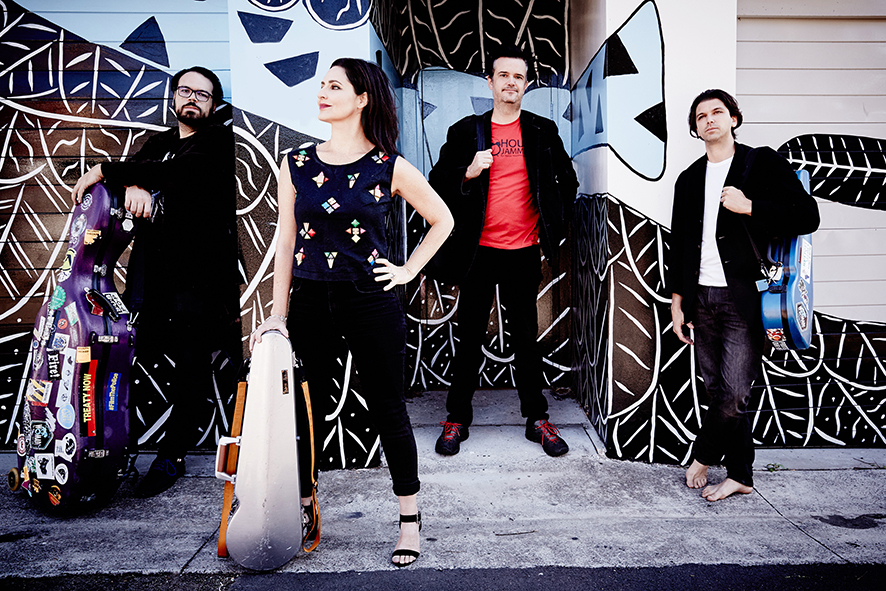 FourPlay String Quartet defy convention and stereotyping. As much a band as a string quartet, they blur the boundaries between styles and genres while maintaining their own original and true sound.  They joined forces with author/graphic novelist Neil Gaiman (The Sandman, Coraline) and comics artist/cartoonist Eddie Campbell (Bacchus, From Hell) on a whirlwind international tour at some of the world’s greatest venues, including Carnegie Hall, The Barbican Centre in London, The Warfield Theatre in San Francisco, and Usher Hall in Edinburgh.  They performed an opening set and also their collaborative work The Truth is a Cave in the Black Mountains, which first premiered at the Graphic Festival at the Sydney Opera House.  The book was released worldwide and hit the New York Times best sellers list.

FourPlay write their own songs inspired by rock, pop, post-rock, jazz, klezmer, swing, folk-tronica, hip hop and more.  They initially gained notoriety performing and recording covers by a diverse array of bands, from The Strokes and Radiohead to Leonard Cohen, Robert Johnson and many, many more.

The foursome shot to prominence in Australia and Europe in the late 90’s as a unique musical phenomenon – an indie rock band that just happened to be a string quartet.  They achieved fame and (somewhat) fortune with a DIY ethos and a rather punk attitude for people who had originally met through playing in orchestras.  In the time since, FourPlay have toured internationally and released four studio albums, a remix album, and a trilogy of mini CDs. They have played many of the worlds great concert halls as well as gritty rock clubs. They have composed and performed live comic book scores, collaborated on live film scores with Plaid (UK/WARP) and in 2022, FourPlay announced their first full album with Neil Gaiman, called “Signs of Life”.

“The next phase in the evolution of the string quartet is here.”
The Music Network

“The band contradicts the not unpopular notion that classical music and rock can never sit side by side. Many have tried and failed, but FourPlay’s reputation as a powerful and innovative live act has carried them past the clichéd hybrid into some new form of their own.”
The Australian

“The sheer diversity of this band is phenomenal. Distortion pedals, pickups and amps are cleverly used throughout the album thus manifesting such influences as rock, jazz, folk and electronica.”
Rip It Up 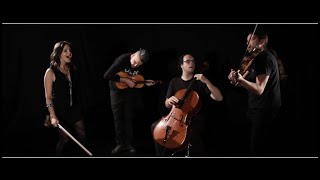 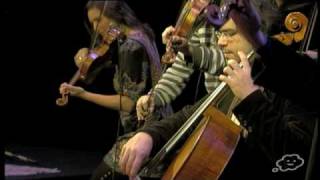 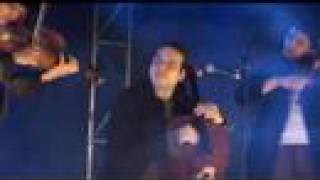