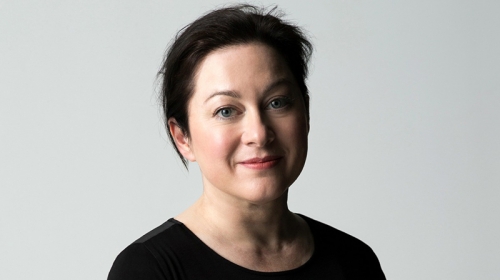 Severely and permanently injured in the London bombings of 7th July, 2005, Gill Hicks lost both legs from below the knee. She discovered a great inner strength to not only fight for her life that morning but to learn to walk again using prosthetic legs.

Gill is truly grateful to even be alive. She is determined to make her life count, to make a significant difference. Her aim is to use her experience to do all she can to deter anyone from following a path of violent action. She is a firm believer that we all have the strength and ability to make a difference and to create a world that is peaceful.

Originally from Adelaide, Gill has lived in London since 1992 and now divides her time between the UK and Australia. She is former Publishing Director of the architecture, design and contemporary culture magazine, Blueprint, Director of Dangerous Minds multi-disciplinary design and publishing group, and latterly Head of Curation at the UK’s Design Council. She is a Fellow of the Royal Society of Arts, Trustee of the Women’s Playhouse Trust and is an Advisor to Psychology Beyond Borders.

In 2006 Gill was appointed Ambassador for Peace Direct (Best New Charity 2005), in 2007 an Advocate for Leonard Cheshire Disability and most recently has founded M.A.D. for Peace, a not-for-profit organisation which communicates the importance of our individual responsibility in creating a world in which extreme conflict is ended.

She is well-known for her inspirational talks and seminars with many diverse organizations in the UK and Australia including charities, city institutions, schools and community groups.

Her first book, “One Unknown”, is published by Rodale, part of Pan Macmillan and was short listed for the Mind Book of the Year, 2007.