Heath Franklin is a Logie-nominated Australian actor, comedic performer, improviser and writer. Franklin made his television debut on sketch show The Ronnie Johns Half Hour, where his character, ‘Chopper’, a comedic impersonation of real-life criminal Mark ‘Chopper’ Read, has become an international cult hit.

In 2007, Franklin performed his debut Australian national live tour, Chopper’s Harden the F*ck Up Australia Tour, going on to perform an international version of the show in a sell-out season in London, then Edinburgh Fringe.

Since 2007, Franklin, as ‘Chopper’, has sold over 500,000 tickets across Australia, New Zealand and the UK. Franklin’s second Australian national ‘Chopper’ tour in 2008 was the critically acclaimed Make Deadsh*ts History. The enormous positive response to the show lead to its DVD recording in D-Division at Pentridge Prison in Melbourne for release in 2009. This DVD was nominated for the 2010 ARIA for Best Comedy Release.

In 2010, Heath Franklin made his feature film debut in the lead role of ‘Mervyn Toebuck’, alongside Jemaine Clement of NZ’s Flight of the Conchords in the black comedy feature film, Predicament. Chopper’s Republic of Anzakistan, the all-new TV show aired in NZ in 2015. The hilarious stand up/ sketch show sees ‘Chopper’ uniting Australia and New Zealand as one country, with a cast of comedians reflecting on the unique aspects of our different cultures. Franklin went on to tour this show to sold out crowds across Australia and New Zealand in 2016. In the same year ‘Chopper’ was featured on the Triple M Network’s Merrick and Australia in Chopper’s Weekly Review.

In 2017, Franklin appeared in Jane Campion’s mystery drama series Top of the Lake on ABC, and on New Zealand comedy gameshow 7Days. In 2018, Heath was awarded The Piece of Wood Award at the 2018 Melbourne Comedy Festival for his brand-new stand-up show ‘Bogan Jesus’, which he continues to tour across Australia and New Zealand.

“A comedy set leaving the audience hypnotised by one’s methodical vision to brazen the universe.”
Beat

“Every one of his gags hit the mark. Franklin is a very clever operator.”
Herald Sun

“Chopper drops his truth bombs with ferocity, and he doesn’t ever play it safe. Behind the moustachioed, belligerent bogan facade, however, Franklin is clever, his performance is smooth and his delivery close to perfection.” ★★★★
Adelaide Advertiser

“This is character comedy at its finest. Franklin has charismatic aggression down to a fine art; a bloody funny show.”
Onstage Scotland 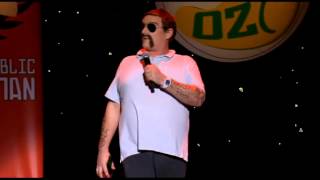 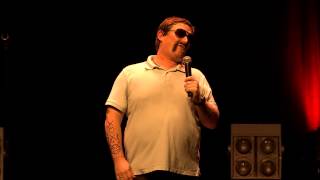