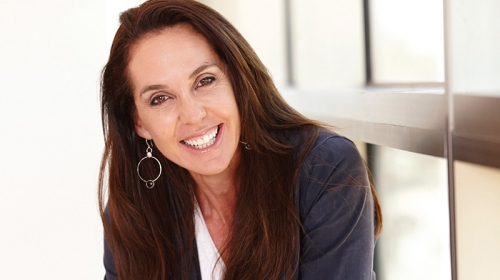 Janine Allis is an adventurer at heart, travelling the world as a young Aussie backpacker in the 80s, working from a camp councilor in San Francisco to a Stewardess of David Bowie’s yacht.

In 1999 during a trip to the US, Janine witnessed the juice and smoothie category growing steadily. Upon her return to Australia, Janine studied the local retail sector where she noticed a distinct lack of healthy fast food choices. After extensive research, she began to develop a business concept that was different to anything else in the world. Her vision was to “do retailing differently”, delivering a unique customer experience based on the “love life” philosophy. In 2000, Boost was born.

Janine’s leadership style is natural, warm, giving and extremely demanding, which has created a high performance culture in her business, achieving amazing results.

Janine has been presented numerous retail, franchise and business awards including just to name a few, Telstra Business Women of the Year, Amex Retailer of the year, Awarded Exporter of the year and this year BRW named her one of fifteen people that changed the way Australia does business in the last 35 years.

Janine and Jeff (Janine’s husband) were looking at expanding upon the Australian Boost business. The strategy was to utilize the solid foundation that had been created with Boost to be able to bolt on new and exciting brands and enable them to maximise their growth potential. Salsas Fresh Mex Grill was the first, and in 2007 they purchased a 4 store business and now has almost 50 stores Australian wide. In December 2012, Retail Zoo acquired CIBO Espresso, the Italian espresso bar franchise that has wowed Adelaide for 17 years. CIBO Espresso shares the simple pleasures of the Italian lifestyle – wonderful coffee and quality food – in a stylish bar setting. It has 30 stores in Adelaide and one in QLD and one in NSW. Under the guidance of Retail Zoo, expansion is underway.

There are almost 7000 people working across the four businesses under the holding company Retail Zoo, for which Janine is now a director. Retail Zoo has over 540 stores that has turned over from inception just on $2 billion dollars. Boost Juice bars are also in over 15 countries outside of Australia.

Based in Melbourne, Janine is a working mother of four. Her life is hectic so she understands firsthand the demands the world can put on an individual! Janine is an advocate for a healthy lifestyle – she maintains a five-day-a-week yoga practice and she is a very average surfer and tennis player…but loves both.

“Thank you so much for this morning – Janine is a true inspiration and I left feeling invigorated, motivated, and willing to say ‘yes!’. I hope that I can do amazing things like Janine. I would recommend (and will) this seminar/breakfast to anyone and everyone.”
Georgia Smith – Elders Limited
From Australian Institute of Management SA – Breakfast Seminar