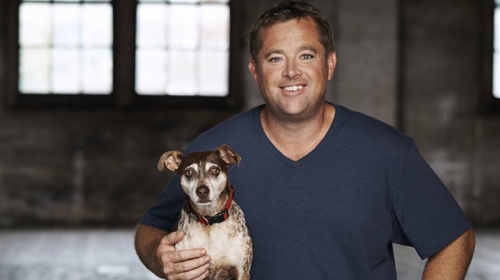 Jason Hodges has been working with gardens his entire life thanks to his Dad ‘Monty’ the builder who inspired him as a kid. He has now been involved in the industry for over 16 years and running his own business ‘Hodges Landscape and Design’.

Jason’s love of gardening and outdoor activities has also allowed him to expand into a media career. Most viewers would know Jason Hodges from his four year stint as the resident landscaper on the successful Channel 7 series Auction Squad, seeing him teamed with Johanna Griggs and the Auction Squad team.

Jason describes his role on Better Homes and Gardens as the non gardener’s gardener providing information on low maintenance plants and the easiest way to get the best results for your garden and choosing your plants.

Jason also features regularly on the ever popular Sunrise and local Sydney program Sydney Weekender, which allows him to report and try out the latest and greatest events/restaurants and things to do around NSW.

Jason was born and raised in Sydney’s leafy suburb of Willoughby. He completed Landscape Horticulture and Construction at Ryde Tafe, NSW, which he enjoyed so much; he later taught the course at the very same TAFE.

Now running his own company ‘Hodges Landscape and Design’, based in Willoughby NSW, he focuses on residential work from designs. As well as paving, Jason loves to build fences, plant out garden beds, patch and lay brickwork, he enjoys being able to do something different every day.

Recently Jason has ventured into property, so as well as the renovating side of things; he is keen to expand on his knowledge of real estate.