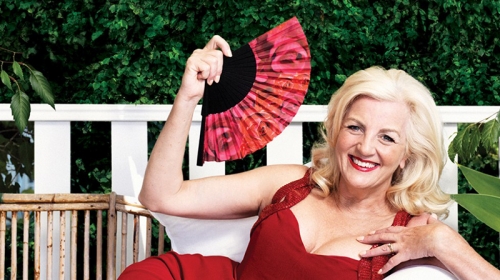 Jean Kittson is an actress, comedian and writer in theatre, film, print, radio and television. Jean came to national attention on The Big Gig, followed by Let the Blood Run Free, Kittson Fahey and the Great Debate series, as well as Good News Week, The Glasshouse, Flat Chat, The Einstein Factor, Media Dimensions and Strictly Speaking. She is also well known for her comedy debates for the ABC, Channel 9 and Channel Ten.

She is the author of Tongue Lashing, published by Penguin. Her film credits include Hating Alison Ashley and The Nugget and her theatre credits Mum’s the Word and Calendar Girls.

She is also a host, keynote speaker and facilitator of conventions, conferences, award nights and other after-dinner frolics.

She is the Chair of the Australian Gynaecological Cancer Foundation, Patron of The Junction Works and an Ambassador for The Macular Degeneration Foundation, Northcott Disability Services, The Raise Foundation and Taldumande Foundation.

Jean Kittson on Menopause: Women Say Something
One Plus One: Jean Kittson

“Jean was absolutely OUTSTANDING. She was careful to do her research and cover the core topics and weave in the theme of diversity and inclusion in an engaging, insightful and humorous way. We have had so much terrific feedback – she was the perfect MC for our end of year executive luncheon!”
NSW EEO Practitioners’ Association

“I wished to express our thanks and sincere appreciation for your excellent role of MC at our recent National Congress. We have received a number of verbal comments regarding your professionalism as well as how your humour and research added to an overall positive experience of Congress.”
BBC Entertainment

“Ms Kittson is an absolute marvel! She agreed to take on the APSEA 2006 entertainment slot at extremely short notice. As a result, she was given only a very “brief” brief about this newly-emerging and complex industry. Not only did she entertain the audience (in fact, she had them in teary fits) but she presented an industry-relevant segment from an extremely funny and original perspective. She was clearly the highlight of the event. I am impressed with Jean’s thorough professionalism – her ability to take on such a difficult task on such short notice is testament to her talent and commitment to her clients. I would have no hesitation recommending Jean – and, indeed, engaging her again myself! She is an outstanding entertainer and a delightful and charming person to boot. Thanks to Saxton’s and to Jean for a job well done!”
Australian Spatial Information Business Association 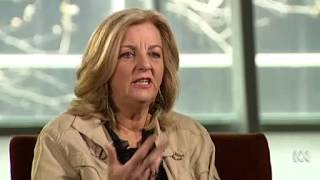