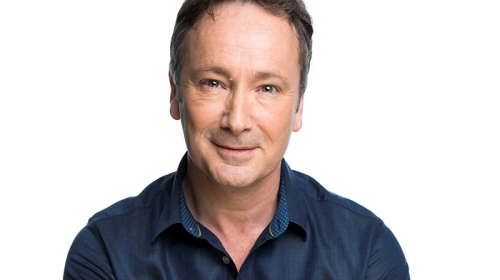 Award-winning British comedian Jeff Green has become a well known face and voice on Australian TV and radio since arriving for his first Melbourne International Comedy Festival performance in 1996.

Now an Australian resident (he has an Australian wife), Jeff is greatly in demand here and in the UK, Europe and Asia as a highly entertaining after dinner speaker, MC and keynote speaker.

Jeff is also a well known BBC radio broadcaster and best selling author. Amongst his many Australian TV credits are Spicks and Specks (ABC), Good News Week (TEN) as well as numerous appearances on the Melbourne Comedy Festival Gala (Ten).

AFTER DINNER SPEAKER
Jeff is rightfully considered one of Australia’s very best after dinner speakers. As an acclaimed international comedian, Jeff is hugely entertaining with an enviable ability to address the widest range of industries and audiences.

Whether your event requires a punchy lunchtime speech or an evening mix of hilarious anecdotes and pin sharp observations, Jeff is able to effortlessly deliver the most appropriate entertainment.

MASTER OF CEREMONIES
Jeff is a warm, engaging and smart MC. Bringing to your event many years’ experience as a BBC radio presenter and TV host Jeff is able to quickly grasp the most complex of briefs to seamlessly execute your timetable of events with his trade mark wit and affable professionalism.

TITLE: WITHOUT CHANGE THERE WOULD BE NO BUTTERFLIES’ – A GUIDE TO EMBRACING CHANGE

Internationally acclaimed broadcaster, writer, comedian and conference speaker Jeff Green is passionate about change, and he knows a thing or two about it.

After commencing his working life as a chemical engineer, Jeff about-faced into a stellar career as a stand-up comedian. In the process he became a household name on UK TV and radio and starred in Festivals and tours across the globe. He then gave it all up to move to Australia and start all over again. Why? And what key lessons about embracing change did Jeff learn along the way?

Jeff’s inspirational, insightful and often hilarious story recounts his negotiation of personal and professional life-changing events. His presentation will energise your audience with his clear guide to viewing change as a potent and positive force.

What Jeff will talk about:

• The unique transition from successful Chemical Engineer to acclaimed Stand-up Comedian, elaborating on the important things he learned along the way about embracing change: Life IS change, Fear IS natural.
• How we can all learn to view change as a positive force.
• Learning to recognise what we can’t change: From our family, our past decisions, even the personalities of those around us, Jeff explains where we should put our focus for a more productive future.
• Dealing with adversity. Overenthusiastic hecklers, hostile critics, Jeff has seen it all during his long career. He explains how to deal with career challenges and control our doubts.
• How to find and harness our most effective motivational triggers and identify those that hold us back from embracing change for a happier future.

“Formerly a Chemical Engineer, I left University in 1986 with an Honours Degree, a high powered job and a deep feeling that I’d made a huge mistake. 25 years later I’m a stand-up comedian with a global fan-base; sell out tours of festivals and theatres, West End seasons, three DVD releases, book sales of over 300,000 and countless TV and radio appearances. In 2005 I was a happy-go-lucky London bachelor sharing the stage and dressing rooms with the biggest names in UK comedy. I’m now a married, father of two, Australian Citizen who loves his new life. But how did it all happen? Well, let me tell you…”
Jeff Green

“Thank you for your outstanding contribution to our recent Leadership Conference in Glenelg, South Australia. Your performance was one of the highlights of the Conference – we all had a real belly laugh. It was a privilege to have you perform for us and our thanks, once again, for your fantastic contribution to our event.”
Ruralco

“I’ve had several comments from attendees on the night saying such things as “my wife couldn’t stop laughing”, “He was hilarious”, makes my job easy.”
ADCO

“Jeff performed tremendously as the MC at one of our recent events. He understood the corporate objective and was able to deliver the message with comedic wit. Jeff was such a pleasure to work with that we would jump at the opportunity to book him again and would strongly recommend him to other clients.”
The Event Emporium

“Jeff you were brilliant last night! Everyone loved it! Thanks very much.”
Netsolutions

“I really enjoyed his show, nice to have a comedian who can be really funny without needing to swear and also being funny without being crude.”
Mermaid Marine

“One of the greats of pure laugh-out-loud comedy.”
Herald Sun, Melbourne

“Laugh for laugh Jeff is one of the best comedians in the land.”
The Guardian

“The audience couldn’t help but be won over by his wit and intelligence.”
The Adelaide Advertiser

“An excellent comedian who knows how to make us laugh, Jeff Green is fast becoming a national treasure.”
Daily Mirror UK 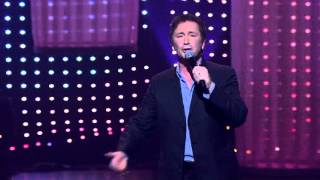 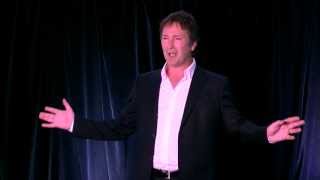