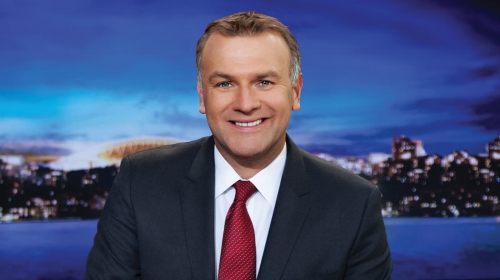 As a journalist, Jim Wilson has worked in the media for the past two decades. Initially as a business journalist in print/newspapers, Jim then moved into sport and has worked across all mediums including network television (Channel Nine and Seven), Pay TV (Fox Footy and Sky News), Radio (3AW) and Newspapers (Herald Sun).

As a Sports Journalist and Host Presenter Jim has covered five Olympic Games (including hosting the Sydney Olympics), multiple Australian Cricket Tours (together with three World Cups), Wimbledon, the British Open Golf and has extensively covered all codes of football, establishing a strong and distinguishing role in the media.

Complementing his various media roles, Jim has hosted hundreds of corporate events, and is the preferred Master Of Ceremonies for Cricket Australia, the Melbourne Cricket Club (at the MCG), Ford Australia, Corporate Sports Australia, Tennis Australia, Hertz, British Airways and a host of other major organisations as well as being patron of the charity “Very Special Kids”.

Jim is currently contracted to News Ltd, Sky News Australia, Southern Cross Radio Broadcasting and the Seven Television Network in addition to his role as Managing Director of Hands on Communications.

“Jim Wilson is one of Australia’s most refreshing and effective presentation trainers. Unlike so many of his competitors, Jim has a relentlessly energetic with a positive approach, tailoring his manner and style for the specific needs and requirements of each client.”
Gayle Austen, Head of Marketing and Communications, Institutional, ANZ

“Jim’s training has not only provided many of our staff, players and executives increased confidence when dealing with media issues, but also provided them with the tools to ensure that we continually refer back to our key messages in any media situation.”
Graeme Vimpani, Corporate Communications Manager, Cricket Australia

“In rolling out his course, Jim Wilson assisted the company’s ambassadors for the sponsorship, which include a range of high-profile athletes, better understand the techniques of effective communication.”
Jonathan Rose, BHP Billiton