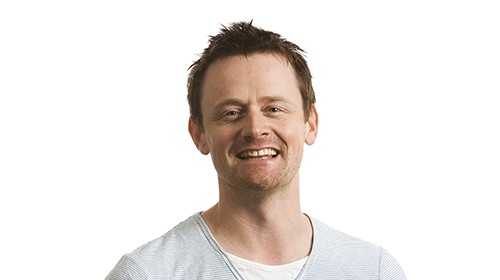 Proudly SA born and bred (originally a South East lad), John has spent over 15 years in commercial radio and more than 15 of them with Austereo (now Southern Cross Austereo) which has included stints in Darwin, Melbourne, Perth but he’s always managed to find himself coming back home to Adelaide where he is well settled with his wife and 3 kids.

He’s been a part of the Adelaide media & entertainment scene for a long time and had numerous stints on SAFM as breakfast anchor to hosting every top rating shift across the day over the years, more recently John was in the role of SAFM Content Director for 3 years leading the station as well as the Content Director for Triple M in the past year. John has also filled the roll of Executive Producer and on-air co-host for Dave Gleeson’s national “Rock of Ages” and “Rock Show” – as heard on the Triple M network nationally and localworks regional stations right around the country over the past few years. John continues to work with Dave on-air on a new show heard in Adelaide at lunchtime every day, “Behind the Classics.”

He’s also been busy over the years as the Executive Producer for “The Rush Hour” with Roo & Ditts and EP and anchor of the “Dead Set Legends” with KG and Jars on Triple M. There was also a stint getting up at the crack of dawn as the anchor and Executive Producer of “Triple M’s Hot Breakfast” in 2013.

Currently John is the Client Solutions Director for Southern Cross Austereo which serves both SAFM and Triple M.

John is no stranger to microphone outside of a studio and speaking work outside the studio with lots of experience over his career as an MC /Host/Compare of a wide range of events, big or small as well as voice overs for TV and Radio commercials or Corporate DVD’s. From packed Entertainment Centres, to outdoor events, to corporate functions, concerts or radio station events….. he’s pretty much had a crack at it all.

John studied pure mathematics at the University of Adelaide, before radio creativity came a calling as a full time gig after it was only a hobby whilst he grew up in the South East.

John is down to earth, fun and loves nothing better than engaging an audience whatever the size or format. His enthusiasm and passion for Adelaide, its businesses and lifestyle is infectious and he’s keen to continue to work for and represent at events / functions some of Adelaide’s top.