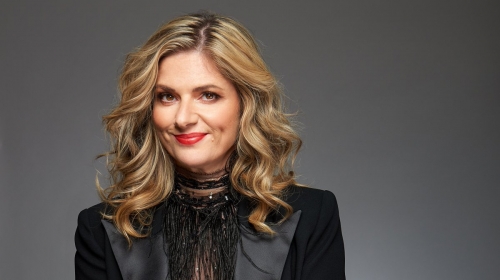 As well as Rockwiz Julia has enjoyed regular appearances on Thank God You’re Here and Good News Week, she was a performer/writer on the sketch comedy show Totally Full Frontal, playing over 30 characters during 2 seasons and recently co-hosted Eurovision 2009 from Moscow for SBS. In 2007 & 2008 Julia could be heard every afternoon on The Jonathan Coleman Experience with Julia Zemiro and can often be heard co-hosting on the ABC Conversation Hour on Radio National. This year Julia has been seen performing on stage in Goodbye Vaudeville Charlie Mudd for Malthouse theatre in Melbourne and Spontaneous Broadway in Sydney, Perth and various regional centres in Victoria.

Julia most recently hosted The SMH Good Weekend Opera in the Vineyards and the 2009 Australian Film Institute Awards broadcast on National Television.

JULIA HAS BEEN AN MC & GUEST SPEAKER FOR THE FOLLOWING:

“Julia Zemiro as host of Opera in the Vineyards 2009 – what can I say…. this lady has it all, she’s brilliant, clever, witty and totally stunning. She was an absolute professional and a great pleasure to work with. I really hope we can work together again very soon!”
Paul Chester – 4D International

“The dinner was a great success due, in no small measure, to Julia’s witty and entertaining performance as MC. It was a real pleasure to work with her.”
Michael Pearce SC – President Liberty Victoria

“Just wanted to let you know how wonderful Julia was last night. The IKEA team absolutely loved her and thought that she was the perfect ‘host’ for the launch. We also had heaps of positive comments from the media and other guests about Julia’s unique humour, charm and professionalism. Everyone had a great time, and Julia played a major part in making the IKEA Catalogue launch a great success, so please thank her again.”
Entwistle Public Relations