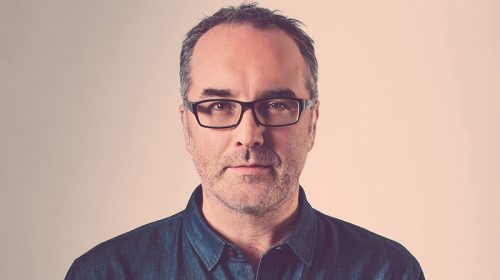 After twenty-plus years in the industry, Justin Hamilton has carved out an incredibly successful career as a stand-up comedian and as a writer and director.

Justin started his career back in 1994 as part of the musical comedy duo “The Bunta Boys”, who over their five year career toured Australia and supported Alexei Sayle, The Doug Anthony All-Stars, Judith Lucy, Sue Anne Post and the Clowns of Decadence.

Over the course of the last 15 years, Justin has won awards for his solo stand up comedy shows including the Director’s Award at the Melbourne Comedy Festival for his show “Three Colours Hammo” (which also won the Advertiser best show at the Adelaide Fringe). In 2009 he wrote the play “Goodbye Ruby Tuesday” which starred actor Hannah Norris, with Justin in a supporting role. His one-man play “The Goodbye Guy” (2012) was met with unanimous praise and good reviews.

It wasn’t only Justin’s solo work that thrived as the comedy variety show “The Shelf” sold out another two seasons at The Toff In Town in Melbourne. Justin is the producer, curator and host of The Shelf and alongside his friend the fabulous Adam Richard they have hosted some of the best comedians from Australia and abroad including Wil Anderson, Rove McManus, Tony Martin, Glenn Robbins, Celia Pacquola, Cal Wilson, Dave Hughes and Andy Zaltzman.

In 2013 Justin starred in and was a co-producer on the Comedy Channel TV show “Stand Ups Sit Down”, a show that was inspired and spun out of his incredibly successful podcast, “Can You Take This Photo Please?” The podcast is listened to all over the world and the one off special for the Comedy Channel saw Justin host with guests Wil Anderson and Rove McManus. Justin has interviewed Simon Pegg, Marc Maron, Judith Lucy, Tony Martin and US comedian Dave Anthony, and also worked on a movie podcast with Peter Helliar entitled, “Helliar and Hammo Dig Flicks!” where they have interviewed Steve Carrell, Joel Edgerton, Morgan Spurlock, Stephen Curry and “Red Dog” director Kriv Stenders.

Justin has recently taken on a creative role at Southern Cross Austereo, working behind the scenes as a key writer for Rove’s new 2DayFM breakfast show Rove & Sam. For the past eight years he has also been a TV and movie reviewer for Perth’s number one rated Mix FM. He’s still found the time to be one of Australia’s premier stand up comedians, debuting two brand new shows in 2016, Hoot and Justin Hamilton – LIVE!, as well as performing at Just For Laughs Sydney.

In 2011, The Arts Monthly announced that Justin was the Comedian of the Decade. To that end, Tim Ferguson wrote: “Hamilton’s shows eschew traditional structures and standard subject matter. His work consistently challenges his audiences, asking important questions about history, truth, death and identity. It reveals a razor-sharp intellect and fearless questing heart. His humour is dangerous, offering perspectives that can be frightening in scope and intent.”

“An unforgettable performance… his jokes are intelligent, witty and very entertaining. You should not miss this. Absolute stand-out.”
Adelaide Advertiser

“Hamilton’s style is easygoing, conversational and he is genuinely funny.”
Adelaide Advertiser

“Frankly, it’s a mystery that this local fella isn’t stalking bigger stages and commanding a more monumental wage. He’s filthy but sensitive – the kind of delicate lout with whom one would love to knock about. See this reconstructed yob before his tickets cost a whole lot more.”
The Age

“A fluent and unique delivery coupled with delicate material makes this a special hour.”
The Age 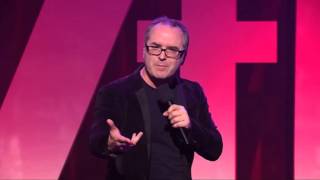 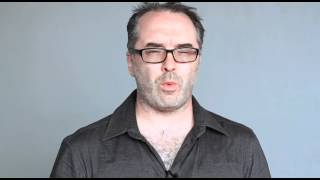