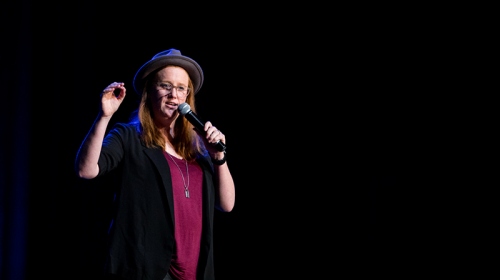 Lori Bell is an award winning comedian based in Adelaide. In 2017 Lori starred alongside Ivan Aristeguieta in the ABC comedy series Lost In Pronunciationand has been strutting the stage as her alter ego Granny Flaps since 2010. As she has won an Adelaide Fringe Award, played at the Big Day Out, toured with Puppetry of the Penis, and filmed a DVD of her first solo show, Granny Flaps – Opens Up.

Lori has recently performed at and been the MC for Winter Comfest in Adelaide alongside Dane Simpson and Nazeem Hussain.

“Lori Bell is an exemplary comedian with a confident stage presence, a vast repertoire of jokes, and an infectious enthusiasm which allows her to bring the audience all the way along for the ride.”
SBS.com.au 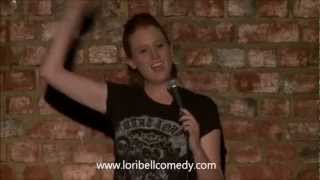