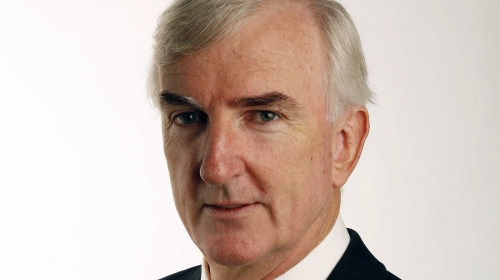 Michael Pascoe is one of Australia’s most respected and experienced finance and economics commentators with 36 years in newspaper, broadcast and on-line journalism. He’s also a most entertaining and provocative speaker on matters financial, economical and political. And with a wit honed by conducting thousands of interviews, Michael shines as an MC and panel facilitator, guiding discussion and audience involvement.

Michael Pascoe is seen on Channel 7’s “Sunrise” and news programs, is Contributing Editor for the “Sydney Morning Herald” and “The Age’s BusinessDay.com.au” sites, is a weekly finance columnist for Yahoo7, writes for magazines as diverse as “Mining Monthly” and “YTE”, and is an acclaimed conference speaker, MC and facilitator, bringing rare humour and plain language to the dismal science.

Michael was born and educated in Queensland, starting his career with The Courier-Mail before working in Hong Kong for three years. He joined the Australian Financial Review in Sydney and then pioneered specialist finance journalism in commercial broadcasting – first with the Macquarie Radio network, then with Channel 9, Sky News and 7.

“The head of the SA Zone was a little apprehensive with having Michael because of what has been said about AMP in the news. So he was pleasantly surprised to find Michael was very professional, and very well received. He reinforced the message to keep things in perspective in today’s current market. Taking into consideration the type of audience and topic he amazed them with his good sense of humour and story telling. What came across positively was the fact Michael took the time to stay around and mingle.”
AMP Services Ltd

“Michael added another perspective to our panel discussion on the resources super profits tax which was lacking amongst our panel members.”
Association of Mining & Exploration Companies

“The quality of our speaker was exceptional. Immediate feedback from our guests was extremely positive.”
Australian National Credit Union

“We had some great feedback from guests. Michael had a ‘presence’ in the room, and bought some clever humor to the event which was enjoyed by all guests.”
Australian Unity