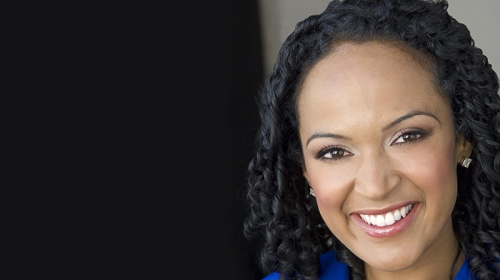 A passionate and engaging communicator, Nuala has relished the exciting and diverse opportunities that have been afforded to her over 20 years in television. While she has worked out of both Australia and the UK, Nuala has also filed stories from across the globe including Russia, Cambodia, Mexico, USA, Canada, France, New Zealand, Italy, Greece, and Austria.

In recent years, Nuala has been working as a freelance television reporter while completing her studies in psychology, for which she was awarded the Capstone Prize for academic excellence. Nuala is now a registered psychologist having completed a Master of Clinical Psychology.

Before to returning to study, Nuala was the full-time Melbourne Correspondent for Sunrise, Weekend Sunrise and The Morning Show. This follows a year of roaming the globe as the Sunrise Entertainment Editor, securing interviews with some of the world’s most famous faces. Prior to that, Nuala spent two and half years in London as the Sunrise UK/Europe Correspondent. She also worked as a newsreader for Network Ten’s “Wake Up” program.

Nuala began her television career as a presenter on Channel 7’s award-winning preschool program, The Bookplace. She quickly caught the attention of news executives and was asked to present the weather for South Australia’s top-rating Seven News. Her role was further expanded when she became a reporter on Discover, a travel and lifestyle show. Nuala then transferred to Channel Seven Sydney to join their popular travel and lifestyle show Sydney Weekender and by the end of the year had teamed up with Ian Ross and Matthew White to form the new Sydney and Canberra Seven News team. Nuala became a favourite with viewers with her lively location weather reports and hourly news updates.

In addition to becoming a psychologist, Nuala is a qualified lawyer and a trained actor. She completed a Bachelor of Arts and Bachelor of Laws and was admitted as a Barrister and Solicitor. Nuala also studied at the Flinders Drama Centre, a full-time acting course and an actor Nuala has been delighted to return to the stage from time to time including playing the lead role of Gerda in the Sydney Theatre Company production of The Snow Queen.

“Nuala Hafner was a pleasure to work with. She is a wonderful role model for young women, and has a great story of hard work and determination. We were glad to have her involved in our event.”
Ruth Strother – National Conference Co-ordinator, Young Leaders Foundation