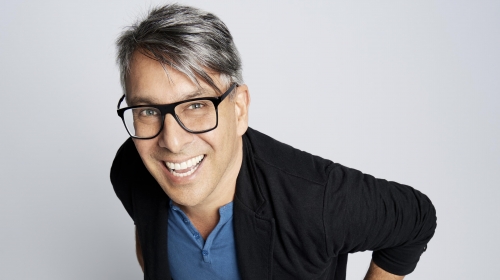 Peter Alexander is a true entrepreneur. Founder of Peter Alexander Sleepwear, Peter grew the company from a single man operation on a living room table to an internationally recognised sleepwear business and brand name.

At age 24, having worked for four years in the retail industry, Peter decided it was time to be his own boss. Identifying a gap in the market when his female friends were unable to find comfortable women’s pyjamas that weren’t flannelette nighties or lacy lingerie styles, Peter decided to establish his own business.

With the support of his parents, Peter began making women’s pajamas for the wholesale market, working from his mother’s living room table. He worked like this for four years and in the early days was the only person working in the company. When the phone rang, in order to make the business seem bigger, Peter would pretend to be someone else.

During this time, many people tried to discourage Peter because he had no formal training and no business experience. However when a department store cancelled an order for 2000 pairs of pyjamas, Peter’s biggest set back became his biggest opportunity. In desperation, Peter put a mail order advertisement in Cleo magazine. The response was overwhelming and Peter was flooded with 6000 orders from one advertisement. Since then, he hasn’t looked back.

Voted the least likely to succeed at school, Peter’s teacher suggested he leave and go to TAFE. Peter didn’t like being told what to do and decided to stay at school anyway. He successfully completed Year 12 and says this is what gave him the confidence to believe in himself and trust in his own abilities and decisions.

Believing in the importance of setting high goals, Peter says people with high goals have far more chance of achieving them, than people with lower goals or no goals at all.

For Peter, the most satisfying thing about running his own business was being able to take both the blame and credit for his work. He says “When you work for someone else you often get blamed for something that’s not your fault, and when you deserve credit, you don’t get it. When you work for yourself, you only have yourself to blame if you mess up and you can also take the credit.”

A few years ago, having felt he had taken the business as far as he could, Peter sold Peter Alexander Sleepwear to Just Jeans. At the time of sale, the business was making $6 million per year and growing by 40% each year. Part of Peter’s arrangement with Just Jeans is that he continues to run Peter Alexander sleepwear for five years. He currently manages the company and employs eight full time staff and twenty casual staff.

“Peter was a brilliant speaker and the audience bonded with him. He was funny and entertaining but also spoke of the potential disasters that were averted and became learning curves. I had spoken with Peter prior to his speaking engagement, requesting that he tell his story “warts and all” which he did on a level that resonated with the audience. Question and answer time was the longest in our Business Week history, perhaps it was the pair of Peter Alexander pyjamas that Peter bought along for the most unusual question he has been asked! Following his talk, Peter was mobbed like a movie star, I’m sure he thought he would never get out of the Karralyka Centre.”
Maroondah City Council