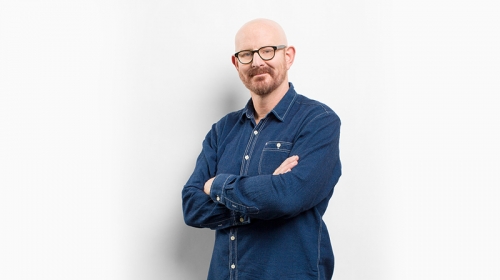 Peter Berner is without doubt one of Australia’s most popular and respected media entertainers, stand-up comics and corporate performers.

Peter started his career as a stand-up comedian in 1988. Since this time he has performed locally and internationally, as well as writing and performing solo comedy shows in festivals in Australia and the UK. His intelligent humour has always set him apart as one performer who can comfortably straddle comedy styles as disparate as satire, observational comedy and reactive comedy with ease leaving audiences in hysterics. His comedy has also proven to translate into the electronic media, with Peter constantly employed on both TV and radio since 2001.

Peter’s major TV Hosting roles have been ‘BackBerner’ and ‘Einstein Factor’ both on ABCTV (all up he has presented more than 300 hours of national television program content!) and he’s been a valued, successful and integral member of Triple M’s talent base nationally since 2000.

2008 saw Peter emerge to host his own program on Triple M Network, ‘The Peter Berner Experiment'”, showing Triple M’s extraordinary faith in Peter’s unique talent as this was a “solo” show – very rare in the world of FM Radio. The show proved to be a ratings winner and continued into 2009.

The corporate speaking circuit has always kept Peter very busy- he is one of the most recommended and in demand Event MC’s, Conference Facilitators and Corporate Comedians in Australia today – with hundreds of engagements under his belt he is a proven star of this field.

Peter’s versatility is one of his key attributes in the field of corporate speaking- he is equally at home hosting major events, performing comedy spots, facilitating conferences and debating.

A cross section of the Clients that have utilised his skills is below and while it is not by any means an exhaustive list, it gives a clear example of the vast array of events that Peter has added value to.

“Peter Berner is funny, reliable and reliably funny. He gets a brief, understands different audiences and is a safe pair of hands. We’ve booked Peter for NSW Seniors Week events knowing he’d adopt the perfect humour and appropriate tone for our audience, whilst also respecting their intelligence.” Anthony Hills, Senior Events Coordinator, Department of Family and Community Services, NSW Government.

“We appreciated your professional, light approach that kept the atmosphere relaxed and encouraged people to speak openly and have a laugh. Again, thank you for facilitating our event.”
Ken Kanofski – WSN Environmental Solutions

“For the record, that’s the first time I’ve heard an AWARD audience listen to the MC in 28 years. Let alone laugh! You were terrific. Thanks again.”
Philip Putnam – Co-Chairman AWARD

“WOW! He was absolutely fantastic. Kept the audience entertained, was very witty, and at the same time kept to schedule well without getting off on tangents. Perhaps the best MC we’ve had for this event.”
Fiona Noon – Mobile Marketing Awards

“In the role of MC Peter Berner was FANTASTIC as per last year.”
Recruitment and Consulting Services Association

“Our Client was just delighted with Peter, so please thank him!”
Queensland Government SMART Awards