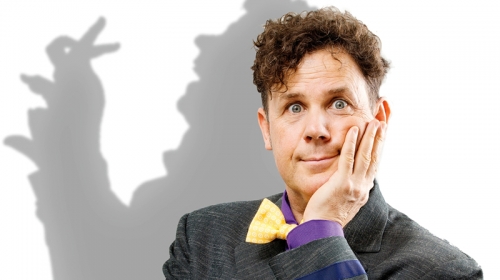 With over 20 years of experience, Raymond Crowe is one of Australia’s finest and most sought after entertainers. In every one of his thrilling shows, Raymond delivers an intricately woven tapestry of magical artistry, cheeky humour, participatory comedy and fun.

Raymond Crowe is called “The Unusualist” for a good reason ­ There is no other entertainer like him. Originally from Adelaide, Australia; Raymond has charmed audiences all over the world. His amazing signature hand shadow piece performed to the Louis Armstrong classic What a Wonderful World, was a global YouTube sensation that has now been seen by an estimated 20,000,000 people.

In high demand overseas; some of Raymond’s amazing performances include the UK’s Royal Variety Performance in front of the Queen, Caesars Palace in Las Vegas for NBC’s The World’s Greatest Magic and The Late Show with David Letterman.

In his own back yard , Raymond is a highly respected artiste who was a Grand Finalist on Australia’s Got Talent with other notable appearances including Spicks and Specks, The Footy Show and The Melbourne Comedy Extravaganza.

In addition to regularly performing his own popular shows, Raymond is also highly sought­after entertainer for corporate events, functions and prestigious overseas shows such as The Illusionists 2.0 ­ The Planets Largest touring magic show.

If you’re looking to hire a standout entertainer for your next corporate function, then look no further than Raymond Crowe.

Illusionist, magician, hand shadow artist, ventriloquist, mime and comedian all rolled into one; Raymond has the special ability to captivate, engage, uplift and energise his audience – whether it’s an intimate affair or a large­scale event. Although his gift is amazing, it’s more than just a magic show. Raymond’s charming act is original, highly entertaining and extremely memorable – guaranteed to amaze and delight any audience.

Why The Unusualist is so popular for corporate events:

“Raymond Crowe is a real talent. I’m not used to that – I work in television.”
Shaun Micallef

“What a refreshing entertainer. After a long day of Power Point presentations and various business speakers, Ray gave everyone the opportunity to laugh out loud. His work with the audience was fantastic – fun, clean and so entertaining. The shadow puppetry at the end was absolutely mind-blowing. Put simply, Ray was awesome.”
Sensis

“Raymond Crowe is a very professional and polished entertainer. He had the audience totally engaged throughout the performance and tears of laughter were seen from many. His unique segments display talents rarely observed. A real treat!”
ANZ Investment Bank

“Simply brilliant! Raymond Crowe turned a pleasant awards dinner into a sidesplitting show of jaw-dropping brilliance. They don’t come any better than this.”
Australia Post

“Spectacular! The audience were on their feet applauding. It was magnificent.”
Baldwing Consultint Group

“Raymond Crowe was highly entertaining. He captured the whole audience – more than just a magician – a complete entertainer.”
Bayer

“Highly entertaining, our guests were enthralled by his amazing talent.”
Hawthorn Football Club

“Raymond Crowe’s combination of magic, ventriloquism and crowd participation worked a treat. Dealers and their staff are a tough audience and Ray had them in fits of laughter. His show is unique and I would have no hesitation in recommending him for any event where people wanted to be entertained.”
Holden

“Raymond Crowe is the best live show that I have ever seen. The voices, the magic and the shadow show at the end topped off the night. We had 200 people in attendance and not one person walked away disappointed.”
Illawarra Institute of Technology

“Fantastic, hilarious. I booked Raymond Crowe because of rave reviews from people who had seen him perform. Great decision – he was fantastic.”
Jobs Australia Ltd

“Raymond Crowe had the whole crowd in the palm of his hands.”
Landmark Wholesale

“I find it impossible to adequately express in words the impact on the audience of Raymond Crowe’s performance – bewildering, captivating, exciting, funny – all of that and more, simply wonderful!”
Mitre 10

“Absolutely fantastic, even better than his last performance when I saw him a couple of years. So entertaining, awesome, funny and professional.”
Ramsay Health Care 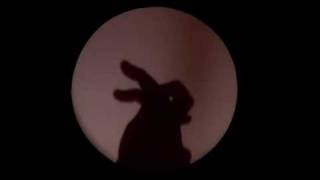 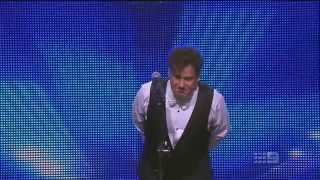