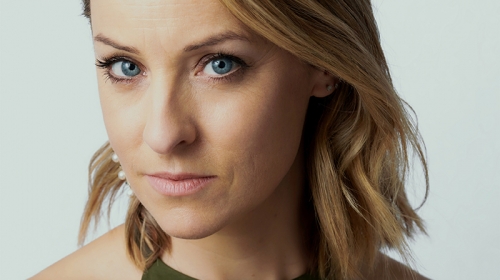 The move followed her ten seasons with Channel 10’s much-loved AFL panel show, Before the Game, where Sam worked with some of Australia’s best known comics.
Now part of the top-rating Saturday night AFL coverage, Sam sits alongside Matthew Richardson, Cameron Ling, Luke Darcy, Mick Molloy and Brian Taylor on the weekly pre-match show. Through the match broadcasts she brings news, views and in- field interviews.

Sam is a two-time Quill award winner from the Melbourne Press Club. In 2010, she won the prize for best sport story of the year. In 2013, her work on the AFL and NRL doping scandals formed part of The Age’s group entry that won the best coverage of an issue or event. Sam’s work on the same topic – again in a team entry with Nick McKenzie, Richard Baker, Caroline Wilson and Jake Niall – won a Walkley award in 2013.

In 2012 Sam was made Olympics Reporter for The Age, and the London games were the second Olympics she has covered for Fairfax Media. She was also part of the Fairfax team that worked in Beijing, in 2008. After London, Sam was recognised twice at the Australian Sports Commission awards.

Sam was in Paris to report on the finales of the 2012 and 2013 Tours de France, and filed extensively on Cadel Evans’ historic Tour win. She also reported from the 2011 Giro d’Italia for Fairfax.
Sam covered track and road cycling competition at the 2010 Commonwealth Games in Delhi, India, and was part of Fairfax’s team for the 2006 Commonwealth Games in Melbourne.

On ABC television’s Agony Aunts, Agony of Life and Agony of Manners series, Sam stood out for her honest reflections on love, loss and life. She regularly appears on Channel 7’s Sunrise program, has contributed to Channel 10’s The Project and co-hosted The Circle.

Her radio experience includes having been a weekly fixture with Gerard Whateley on ABC 774’s Sunday Inquisition. She was also a regular on the When Saturday Comes Program, hosted by Francis Leach, and cut her teeth in radio on 3RRR.

Sam is an ambassador for the Basil Sellers Art Prize and has sat on the advisory committee to the Melbourne Vixens’ board. Whether addressing corporates or kids as a keynote speaker or MC, Sam is a natural and engaging presenter who brings a fresh take to any topic. With a knack of balancing the serious and irreverent, on any given day Sam is as likely to be writing hard-hitting front page news as an insightful feature story.

Sam won the AFL Coaches Association’s media prize (in 2011), and was voted journalist of the year by the AFL Players Association’s in 2007. For her groundbreaking reporting on concussion in the AFL she has won the VicSport media award twice.