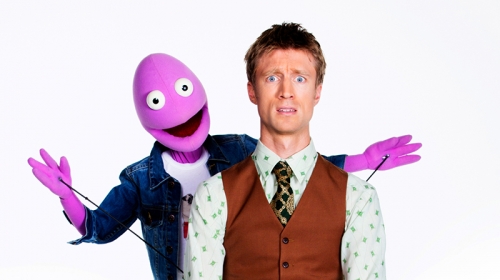 Sammy J & Randy are without question two of the most sought-after comics in Australia today. Combining catchy songs with chaotic tomfoolery and outbursts of filth, the two have an uncanny knack of charming the pants off everyone they meet.

In 2015, the duo racked up accolades around the world, from being handpicked to star in Neil Patrick Harris’ Just for Laughs TV Gala in Montreal, to performing at the Sydney Opera House, to having their comedy DVD Sammy J & Randy: Live nominated for an ARIA for best Comedy Release.

“Barry Award-winning Sammy J and Randy are probably incapable of a bad show.” ★★★★½
The Age

“Again, Sammy J and Randy show why they own the musical comedy genre in this country. A guaranteed crowd-puller and crowd-pleaser that simply doesn’t put a foot wrong.” ★★★★½
The Herald Sun

“This pair are accomplished and multi-talented, their comic material is cunningly written and skilfully performed and they are totally in sync in both their rehearsed and ad-libbed routines.” ★★★★
Herald Sun

“The funniest, smartest, rudest show on the Fringe.”
The Herald, Edinburgh

“It’s not often that you see a completely fresh comedy show but they have nailed it this time.”
Daily Record, UK

“Another brilliantly executed musical extravaganza that’s raucous, witty fun from start to finish. This delightful, hilarious romp is surely one of the must see shows of the festival.”
chortle.co.uk

“The duo delivers the goods again. Clever, witty wordplay, plenty of visual gags and, of course, excellent songs mark this as another triumph!”
The Age, Melbourne 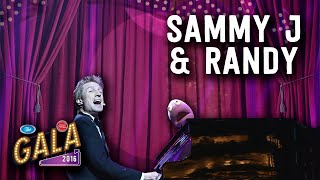 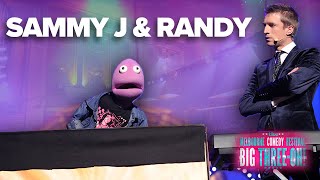