Discover a musical confluence of genres such as Alternative, Blues and Electro with a modern touch unique to Sebastien-H, Swiss singer songwriter and guitarist. Expect to live an outlandish experience by seeing Sebastien-H and his trio playing live: melodic songs with the most poetic of French lyrics and profound soundscapes created through finger picking, slide and echoey guitars supported by powerful grooves Sebastien-H create a landscape and vibe to a set that is more reflective of a sound voyage than just a show.

After having toured with many bands across the World as well as playing with the most famous French artist, -M-, Sebastien-H offers his singular universe that will make you travel through music and most beautiful landscapes. Be prepared for an immense live experience! On stage, the trio present their debut EP, EPONYME, released in September 2015 and more new tracks all revisited for the live shows. In early 2017, Sebastien has announced that a new album is on its way. Be prepared to get a taste of it before anybody else does…

During his childhood, Sebastien was introduced to the guitar… an instrument that led him to immerse himself in music. From then on, he gave himself over to it entirely, discovering the essence of his instruments (electric guitar, acoustic, lapsteel, synth, piano) to create pure, emotive music.

On the road, Sebastien opened himself to new horizons and sounds, gaining new influences and friends along the way.

Sometimes his songs originate from a few words or a few notes, but it is always the harmony and friendship with his long time friend, Loric Mathez, that evokes the magic. Their collaboration as well as the ideas gathered together made way for a new project… After finding the last, but not least, piece of their puzzle, they started working together. It is in early 2015, that Sebastien and Loric Mathez (drums & production), joined by David Saunders (bass), devoted themselves to the production and recording of their new EP, EPONYME. The EP was recorded and mixed in London at their friend’s studio, Nikbeats, based in Tileyard Studios.

Since this EP, they embarked on their journey into a world of music, a learning process and a profound discovery of who they are.

“Sebastien is a very musical and dedicate musician. He feel really close to him. He could be my brother.”
Matthieu Chedid, -M-

“Sebastien mesmerised us with electrifiying experimental sounds.”
Rip it up Magazine 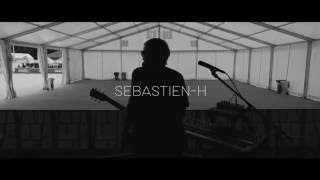 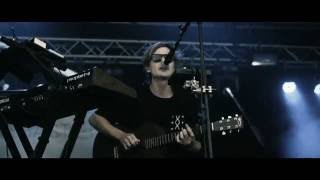 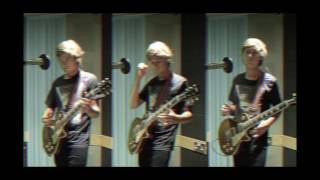