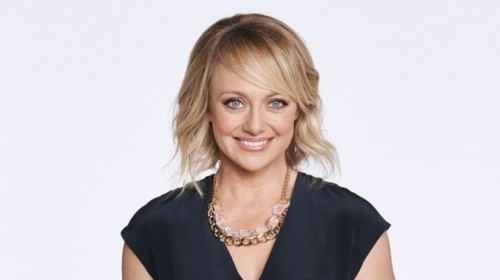 Shelley Craft is arguably one of Australia’s most popular television presenters. Starting out at Seven’s children’s program, Saturday Disney, Shelley has gone on host some of Australia’s most successful lifestyle programs and specials. These include; Channel Nine’s Australia’s Funniest Home Videos, The Great Outdoors, Guinness World Records, Domestic Blitz as well as her current role on the ratings smash Channel Nine’s renovation series The Block.

On top of this, she has covered numerous sporting events for Channel Seven such as the Sydney 2000 Olympics, 2002 XIX Winter Olympics, Melbourne Cup for six years running and the Australian Tennis Open.

Outside of her commitments for Nine, Shelley has lent her credibility and trusted profile to well-known brands such as Banana Boat, Swisse, Kellogg’s, Milo, AMP, Panadol, and The Natural Chip Co. Her flare for design has also seen her take on an ambassador role for Pillow Talk, Tint a Home and Carpet Court. Shelley is a current ambassador for Trip a Deal, Disney on Ice, Tint a Home and Carpet Court as well as her long-standing role at Nine as co-host of The Block.

Shelley also works closely with NBCF and Assist A Sister and is an advocate for Lifeline as well as lending her support to Planet Ark, National Tree Day, Jeans for Genes Day, The Smith Family and The Fred Hollows Foundation.

Shelley is also a superior communicator, widely acknowledged as one of Australia’s most accomplished MC’s and interviewers.

Shelley resides in Byron Bay with her husband Christian and their two children Milla & Eadie.