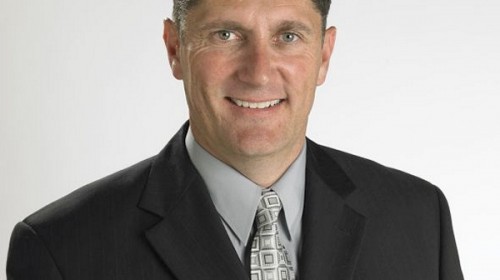 Steven Van Aperen is known throughout Australia as an expert in the field of interviewing and detecting deception. Steve has received extensive training from the world’s leading international investigative authorities in how and why people deceive. Steve is often consulted by the media and has been affectionately named the ‘Human Lie Detector’. Steve demonstrates how to detect liars by observing verbal, non-verbal and paralinguistic cues of behaviour.

In 1996 Steve was the first Victorian Police Officer to graduate from Western Oregon University USA as a certified polygraph examiner. After graduating Steve trained with and examined polygraph testing and behavioural interview techniques utilised by the Los Angeles Police Department (LAPD) Polygraph Unit, US Secret Service, Los Angeles County Sheriff’s Office and the Federal Bureau of Investigation (FBI). Steve is a professional member of the American Association of Police Polygraphists (AAPP) and the American Polygraph Association (APA). Steve is now the Director of Australian Polygraph Services and a trainer with APS Training who consult their services to government and corporate organisations throughout the world. Steve together with Andy Shea recently launched their latest book “The Truth About Lies: Uncovering the Fact from Fiction” published by ABC Books. In the book Steve illustrates how to uncover deception and evasion drawing on a number of cases including OJ Simpson, Bill Clinton, David Beckham, Sean Penn and many others.

Throughout his career Steve has conducted hundreds of interviews ranging from interviewing homicide suspects to pre-employment screening. This distinctive level of knowledge provides Steve with the expertise to conduct entertaining and informative training and presentations.

Steve has conducted a number of polygraph tests for homicide and serial killer investigations (25 cases), frauds, thefts, rapes, sexual assault/abuse cases, veracity issues amongst various others. He has consulted his services to the Victoria Police Homicide Squad, South Australia Police Major Crime Squad and the media.

Steve has been involved in a number of high profile cases including:

Steve is a highly sought after and entertaining public speaker who has appeared on television and radio programs throughout Australia and overseas. Steve injects humour into his presentations whilst interacting with his audience.

Drawing on real life examples Steve demonstrates the methods in which people deceive. For example when Bill Clinton was asked if he had ever used an illegal drug he answered: “I’ve never violated a law of my country.” Whilst this response appears to be a denial, he did not answer the question. Later Clinton admitted that he smoked marijuana whilst at Oxford University in the United Kingdom but didn’t inhale. People often lie by omission rather than commission. What people don’t say is often more important than what they do say! Steve demonstrates how we use language, paralinguistic styles, changes in tenses and body language to deceive others and how to recognise when people are engaging in such behaviours.

“My colleagues and our internal stakeholders found Steve’s presentation refreshingly new, interesting and thought-provoking. I don’t think this style of presentation is out much in the market so the new-ness of it was great to see. When asked to rate the usefulness of Steve’s presentation for their work, 90% of respondents rated it four or five out of five. Congratulations.”
Commonwealth Bank

“Steve was very entertaining he held the audience interest through out the presentation.”
Gippsland Community Network