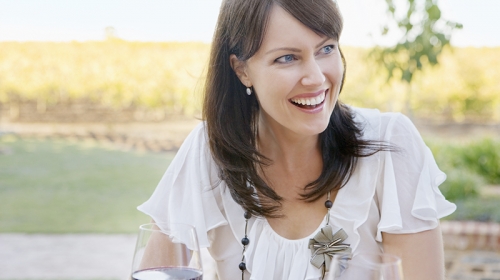 Summa Dawson, an Australian national and Adelaide local, has moved back home after a successful 8 years in the USA as a model, actress and tennis professional. Summa’s feet barely touched the ground when she was given the co-hosting role on Channel Nine Adelaide’s “Feeling Good” Program and the offers started coming in for various television commercials, MC and comparing roles.

Summa has had experience in various print, television, commercial and tourism advertising campaigns and also possesses a strong theatre background.

It bears to note that Summa has a wealth of relevant expertise in several occupational fields including health and wellness, advertising and marketing, film and television, high fashion and styling.

Summa had a cameo role in the Australian Film “Beautiful” alongside Deborra-Lee Furness and Aaron Jeffery. She is also an excellent MC and with her background in fashion is a popular choice to host parades. Summa has recently been the MC for The Melbourne Cup Luncheon for Channel 9, The Semaphore Music Festival, The Tour Down Under Gourmet Gala, The Unley Way to Go and Westfield Shopping Centres.

“Summa was the MC for a cooking demonstration and fashion parade at the Unley Gourmet Gala.  Summa is very talented and personable and did a great job of involving the crowd. She was very professional and her style and manner added to the great atmosphere of the gala – I look forward to working with her again in the future.”
Kate Abraham – Keito Events Director