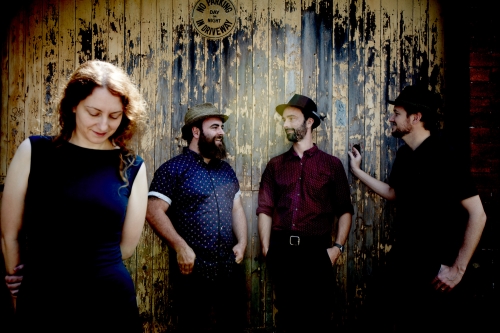 The Crooked Fiddle Band have built a reputation as one of Australia’s most intense live music experiences. Their high octane performances compel audiences into a joyous frenzy of dancing and revelry in response to the dark, ecstatic energy and medieval battle-like climaxes.

The Crooked Fiddle Band formed in Sydney, Australia in 2006, the year that Pluto was redefined as a dwarf planet. The band features Jess Randall on violin and nyckelharpa (plural: nyckelharpor – check one out on your spare Swedish 50 kronor banknote); Gordon Wallace on guitar, bouzouki and cittern; Mark Stevens on double bass; and Joe Gould on drums and percussion.

The Crooked Fiddle Band mix blasts of fiery folk with the intense atmosphere and detail of post- and prog-rock, resulting in a multi-layered, complex and ecstatic hybrid they call ‘chainsaw folk’.

Live, they are at home in the theatre of Sydney’s Opera House, festival headline stages like the London Olympic Arts Festival, Woodford, Falls and Peats Ridge, as well as cult underground appearances at Tasmania’s Dark Mofo, Germany’s Fusion Festival, and the UK’s Shambala. Supports include Shellac, The Beards, The Jezabels, Lunasa, Afenginn, Closure in Moscow and many more.

“The Crooked Fiddle Band are completely surprising: the music is original and quixotic, and yet has the strength of some deep and strong roots. I can’t say I’ve ever heard anything else like it!”
Brian Eno

“The Crooked Fiddle Band show themselves to be what all the great bands are: a force of nature.”
John Hardaker, The Orange Press

“It’s a blend of folk, gypsy and world music, all passed through the looking glass of the modern day and expanded to a grand cinematic scale.”
Daniel Pryor, The Brag

“When The Crooked Fiddle Band took to the stage, it was as though someone had put 10,000 volts through the dance floor.”
Kat Chish, Beat Magazine

“It is rare to hear genuinely original music these days, but when you listen to the Crooked Fiddle Band, your mouth will drop open.”
Bruce Elder, Sydney Morning Herald

“This set has been absolutely jam-packed with mind-blowing, face-melting, jaw-dropping, head-spinning moments, and will surely stay in the minds of those lucky enough to witness it for a very long time.”
Jazmin O’Sullivan, themusic.com.au 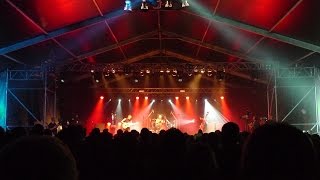 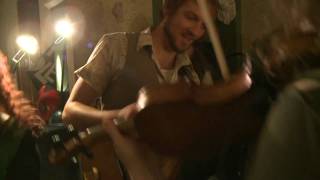 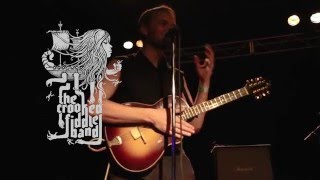