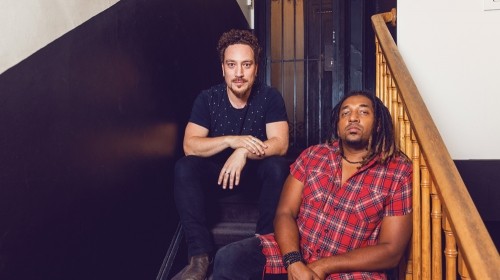 The D-Analogues are the dynamic trio of Josh Owen, Jason Heerah and Joti. They take the principle of free jazz and interpret it in the style of soul, dub, reggae and world music genres. The sound is best described as earthy percussive tones with gritty and soulful vocals. The blend is completed by electronic sampling elements and live looping. The drums are front and center partnered by bass heavy tones and widely spread guitars. It’s original and feel good music at its finest.

Jason Heerah was born in Melbourne Australia, but his roots stem from Mauritius he is often heard on stage singing in his native lingo Creole. This touch of Sega & Seggae rhythm and culture flows through his blood and is passed down to his soulful and reggae style. He grew up playing the paint tins and buckets under his uncle’s mango tree in Mauritius from a young age and singing at the same time. He channels everything Ray Charles, Marley and Stevie Wonder when he is behind a kit and singing.

Josh Owen was born town of Wangannui in New Zealand which explains his love for Reggae, Dub music. He is the only one playing an 8 string guitar designed by NOVAC Guitars in Australia. Just like Charlie Hunter who made this guitar famous, he covers bass and guitar, looping, FX and vocals all at the same time. Jason and Josh first played together in Josh Owens original band over 8 years ago. As a rhythm section they are in synch. Josh’s style blurs the lines of anything blues, roots and soul.

Featuring on vocals – Christine Jane Monty AKA: Joti. Growing up in a Gospel family, music was all around Joti. Joti provides the jaw-dropping smooth harmonies to The D-Analogues. Making this a soul symphony of three part harmonies.

Frequencies
Karma Police
Who Is He
Light My Fire

This 1 hr and 30min workshop touches on the concept of blending Roots Music with Electronics. Using space in the music as the third musician when it comes to a duo gig. Featuring Jason Heerah who prides himself as being the versatile drummer for any band situation. Jason comes from a background of playing Latin to Calypso, African Rhythms, Reggae to Funk to Soul, Rock to Pop or House Beats. Applying that versatility with another musician (rhythmic & chordal) and playing off the other muso. Jason uses his versatility in such a way which makes his playing interesting and compliments his lead vocals and electronics, sampling or sequence.

Also featuring Josh Owen who will demonstrate and dissect in depth his guitar set-up between the looping, his fractal pedal and the 8 string guitar by Novac. He will also talk about complimenting a drummer with pocket groove vs complexity. Using dub fx in a versatile situation and not only in dub music. Both musicians are artist in their own right singer/songwriter/musicians who are experienced in a small gig situations to big arena shows through to TV appearances. 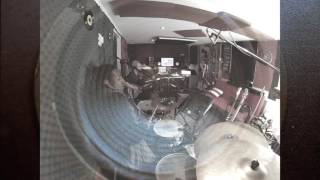 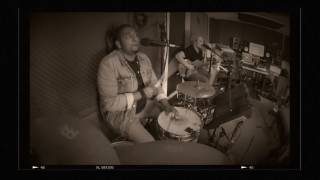 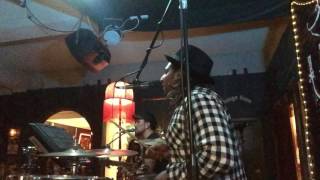 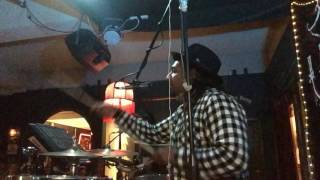