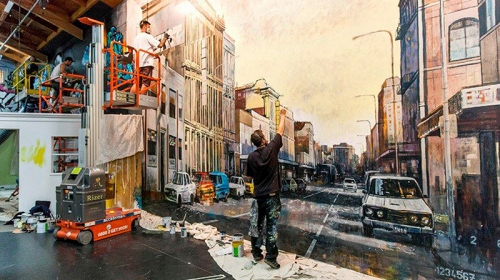 Thom Buchanan is a painter, drawer and cross-disciplinary artist. In 2010 he graduated from the School of Art, UniSA with a Bachelor of Visual Arts (Honours) and has since exhibited locally, nationally, and internationally along with being a finalist and winner of a number of art prizes.

In 2013, Buchanan was involved in several major collaborations such as the Centenary of Canberra 2013 live performance drawing with the Canberra Symphony Orchestra, ‘The Kreutzer Sonata’ for the State Theatre Company which premiered at the 2013 Adelaide Festival, and was one of several artists commissioned to create a mural at the Canterbury Museum as part of the Rise Festival in Christchurch, New Zealand.

2015 saw Buchanan creating a large-scale drawing for Samstag Museum of Art at the ‘do it’ [Adelaide] Exhibition. Conceived by Hans Ulrich Obrist this exhibition has been running for 20+ years.

In 2016, Buchanan worked on a colossal cube mural for The Royal Croquet Club spanning 6m x 14m as a feature at the Adelaide Fringe. During this busy year he also collaborated with The State Theatre Company and Andrew Bovell on the ‘Thing I Know to be True’ backdrop (11m x 17m) which toured Australia and the UK. In 2016 Thom was nominated for a Ruby Award and selected as a finalist in the prestigious Fleurieu Art Prize.

2017 resulted in Buchanan being recognised as a finalist for the Adelaide Perry Prize for Drawing and his selection as a Cultural Artist Delegate for South Australia and an exhibition at Sights and Impressions at Shandong Academy Museum, Jinan China. In addition to showing in Hong Kong in the Asia Contemporary Art Show, Buchanan was awarded The People’s Choice Art Prize for the Hadley Art Prize (Hobart, Tasmania) – the richest landscape art prize in the world.

2018 was the big Vivid Sydney live performative – drawing in collaboration with Bluebottle Productions in a week long residency making live stop animation into building projections that were 12m x 18m high for hundreds of thousands onlookers to interact with. ‘Things I Know to be True’ was recreated and toured UK for the second time with over 100 performances and 40,000+ audience count in Australia and UK since its origination in 2016.

2018 also attracted an Adelaide Cabaret Festival in collaboration Slingsby Theatre Company. In ‘Songs for those who’ve come across the sea’ Buchanan created drawing and paintings to be animated and digitally projected behind the band to convey and visually articulate a story about the complexities of being a refugee/migrant and finding a home in Australia. This stunning piece of interactive theatre was subsequently recognised with a 2018 Theatre Critic Award.

As well as being selected as a Fleurieu Art Prize 2018 finalist and a finalist for The Don Dunstan Award 2018, Buchanan received support from Arts SA as a Cultural Artist Delegate for South Australia, under the Made in Adelaide banner which culminated in live performances and collaborations in the Edinburgh Fringe and Surge Festival in Glasgow.

To cap off a massive and magical 2018, Buchanan exhibited at The Singapore Art Fair.

In 2019 Buchanan was an artist and residency on The Ghan for its 90th birthday celebration and then made works from his experiences to exhibit at a later stage. He was recently selected as a finalist in The Advertiser Contemporary Art Award 2019.

Buchanan will be showing a suite of new works at The New York Art Fair in September 2019 – which is already attracting significant buzz and anticipation.

As well as producing new work for exhibitions, Thom is available for commissions, several epic public and private live performance works, murals, campaigns, and other projects for 2019-20.

Thom is admired extensively locally, nationally and internationally and his work has received standing ovations and worldwide recognition.

He can create a bespoke artwork to any scale, and deliver imagination and intrigue to any occasion, campaign, crowd stopper, or event. 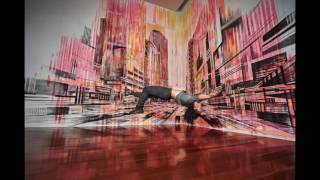 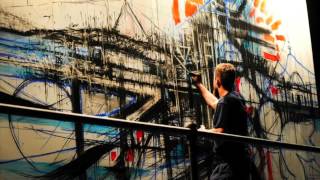 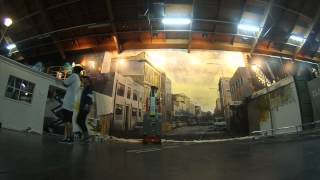 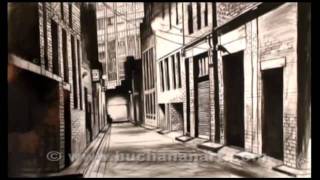