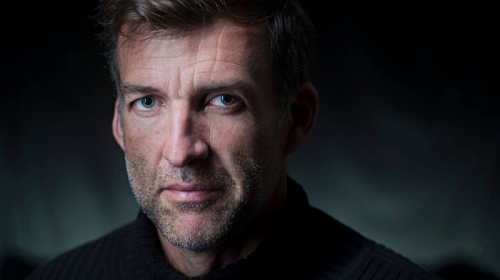 An environmental scientist and adventurer with Masters in both Environmental Science and Environmental Law, Tim Jarvis is committed to finding pragmatic solutions to major environmental issues related to climate change and biodiversity loss. Tim uses his public speaking engagements, award winning films and bestselling books about his expeditions to progress thinking in these areas.

Tim was conferred a Member of the Order of Australia (AM) for services to environment, community and exploration in the 2010 Australian honours list and was made a Fellow of the Yale World Fellows Program, 2009. In October 2013 he was named the Australian Geographic Society’s 2013 Adventurer of the Year for his re-enactment of Shackleton’s 1916 journey. He is author of 3 books, leads innovation in the sustainability area for international engineering and environmental services firm Arup. He is also sustainability adviser on multilateral aid projects for the World Bank and AusAID, and is Director of an outcome-focused environmental initiative Do-Tank where the emphasis is on solving problems by action not advocacy.

In January 2013 Tim lead a team in retracing Sir Ernest Shackleton’s legendary 1916 journey from Elephant Island off the Antarctic Peninsula, to the sub-Antarctic island of South Georgia in a replica of his boat The James Caird followed by a climb over the mountains of South Georgia. Dubbed “The Shackleton Epic”, the crew used only 1916 technology, food and equipment. In November 2013 a Discovery Channel 3 part documentary will air on SBS and international Harper Collins book will be launched (UK and Australian releases are in Oct/Nov 2013 and Jan 2014). Expedition patron is the Hon Alexandra Shackleton (granddaughter of Sir Ernest Shackleton).

Tim’s previous high profile expedition was the retracing of polar explorer Sir Douglas Mawson’s polar journey of 1912/13. The modern expedition used the same clothing, equipment and starvation rations as Mawson on a journey where both of his colleagues died. The documentary chronicling the expedition was the flagship of the Film Australia ‘Making History’ series, and fronted Channel 4’s highly acclaimed ‘Edge of Endurance’ series in the UK in 2007.

Tim’s specialty topics are leadership, resilience, and environmental sustainability, against the backdrop of stories from his polar adventures.

“Tim was the perfect opening speaker to our workshop.  He inspired our group with his personal Polar projects and experiences, showing them that big ideas can be made into reality.  His key message stayed with the participants throughout the workshop, enabling them to channel the “thinking is good, doing is better” philosophy into innovative thinking in sustainability.”
Dermot O’Gorman, CEO WWF-Australia, June 2012

“Tim Jarvis was the guest speaker at the RANZCO Eye Foundation’s 10th Anniversary Dinner.  Tim’s inspirational tales of his polar expeditions had the audience mesmerised – there were 240 guests and you could have heard a pin drop. We also really appreciated Tim providing his time in support of eye health and donating an auction prize, which achieved the highest bid on the night.”
Jacinta Spurrett, CEO, RANZCO Eye Foundation, June 2012

“Tim Jarvis held a full house audience of 170 adults and children spellbound at the Royal Geographical Society’s Singapore branch with a riveting account of his polar expeditions, how the lessons learned from these experiences can be applied to everyday life, and his work as an environmental scientist with the consulting engineering firm Arup. Ranging from his plans to re-enact Shackleton’s epic rescue mission across the Southern Ocean in a small boat in 1916, through practical tips on how to scare off an inquisitive polar bear, to his personal life philosophy,Tim’s talk was eye-opening, fascinating and inspiring for everyone in the room.”
Pete Read, Treasurer, Royal Geographical Society (with IBG) Singapore branch, June 2012

“Tim did a fabulous job of motivating over 100 Ernst & Young Partners and Staff, with a vivid and passionate account of his Shackleton expedition. Tim eloquently told his story, and was able to draw clear and relevant linkages between his harrowing exploration and the business world. His presentation was relevant, engaging and very memorable for all who were fortunate enough to be there. We will be looking for opportunities to work with Tim again in the future and we wish him every success with his next venture. A truly inspiring story which our team will not easily forget. Thanks again!”
Stephen Koss, Partner – Ernst & Young, May 2013 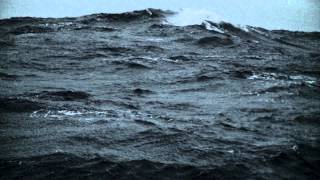