Tracey Spicer AM BBus(Comm) GAICD is a multiple Walkley Award winning author, journalist and broadcaster who has anchored national programs for ABC TV and radio, Network Ten and Sky News.

The inaugural national convenor of Women in Media, Tracey is one of the most sought-after on stage and online keynote speakers and emcees in the region. In 2019 she was named the NSW Premier’s Woman of the Year, accepted the Sydney Peace Prize alongside Tarana Burke for the Me Too movement, and won the national award for Excellence in Women’s Leadership through Women & Leadership Australia.

In 2018, Tracey was chosen as one of the Australian Financial Review’s 100 Women of Influence, winning the Social Enterprise and Not-For-Profit category. She was also named Agenda Setter of the Year by the website Women’s Agenda. For her 30 years of media and charity work, Tracey has been awarded the Order of Australia.

Highlights of her outstanding career include writing, producing and presenting documentaries on women and girls in Bangladesh, Kenya, Uganda, Papua New Guinea and India. She is an Ambassador for ActionAid, Cancer Council NSW, QUT’s Learning Potential Fund, SISTER2sister and Purple Our World, and Patron of the Pancreatic Cancer Alliance.

Her first book, The Good Girl Stripped Bare, became a bestseller within weeks of publication, while her TEDx Talk, The Lady Stripped Bare, has attracted more than six million views worldwide. Tracey’s essays have appeared in dozens of books including Women of Letters, She’s Having a Laugh, Father Figures, Unbreakable, and Bewitched & Bedevilled: Women Write the Gillard Years.

Recently, the ABC highlighted Tracey’s #metoo work in the three part documentary series Silent No More, which featured the stories of hidden survivors.

In between emceeing/speaking at live and hybrid conferences, working in corporate communications, and conducting media/presentation training sessions, Tracey is writing a book on #AIbias.

“Glows with the wisdom of a woman who has learned essential truths.”
Caroline Overington

“Thanks again for such an extraordinary interview the other night – I’m still having people say how fantastic and nuanced and perfectly pitched you were.”
Jemma Birrell – Sydney Writer’s Festival

“You were brilliant! Thank you so much for Race Day last Saturday which for us was a great success. You played a large part in the success of the day with your 3 p’s namely professionalism, poise and positiveness.”
Jim O’Brien – Wheelchair Sports NSW

“Tracey Spicer is an entertaining and inspirational speaker. She is truly authentic and we were honoured to have her at our ExtraOrdinary Women event for International Women’s Day. She held the attention of everyone in the room. Our delegates were so impressed with her presentation that they are already signing up for next year! I can highly recommend Tracey as a speaker at any event. It was an absolute pleasure to work with her. She is an amazing woman who is really making a difference in the world.”
Dr Annemarie Christie – The Children’s Doctor

“We would just like to take this opportunity to thank you for taking out the time to be the MC of The Ronald Ball. There has been a lot of positive feedback about the tremendous job you did.”
Ally Webb – RMHC Ball Committee 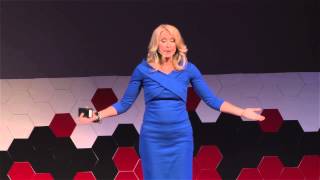 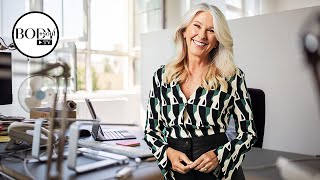