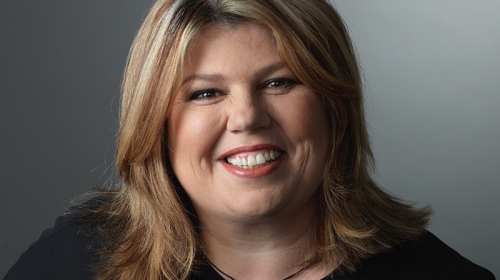 South African born Urzila Carlson is a multi award winning Stand Up comedian who appears regularly on television shows in Australia – Have You Been Paying Attention – and New Zealand – 7 Days, Super City, Road Madness. She lives in Auckland, New Zealand with her wife and two kids.

Urzila’s natural cheeky, straight up style will have you eating out of her hand* the moment she takes the stage and you’ll want to be her friend. Internationally and locally she is becoming a sought after act, both as a stand up headliner and as an MC. Since taking the comedy stage in 2008 she has had 5 sold out seasons at the Melbourne International Comedy Festival, television appearances on Spicks and Specks, Dirty Laundry, Have You Been Paying Attention, The Great Debate with Barry Humphries, Comedy Up Late as a guest and a host, and the Melbourne International Comedy Festival Galas. Urzila has also done sold out festival shows in Perth, Sydney and Adelaide Comedy Festivals, and performed for Just For Laughs at The Sydney Opera House. In New Zealand she has sold out every solo show she’s had since 2009.

She is a recognisable face not only on the comedy circuit in New Zealand and Australia, but is also a celebrated author, columnist, presenter, sports enthusiast and a DIY expert**.

* Please note there might not be anything in her hand to eat.
** Not a real expert.

“Carlson is a gifted and accomplished comedian – an absolute must-see.”
Appetite for the Arts, New Zealand 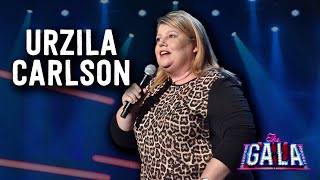