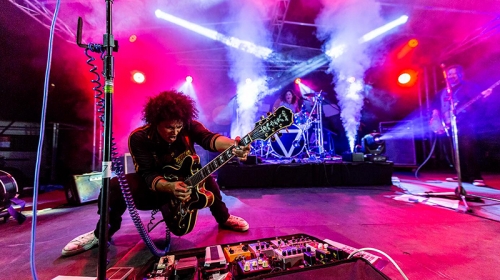 Intense and powerful vocals, driving beats, phenomenal musicality, strength and spirit wrapped up in whiskey swiggin’ wild shenanigans from the next dimension!!

Z-STAR TRINITY’s Live In The Studio album will be released in Australia in 2019. Featuring new ZST tracks, and re-interpretations of Z-STAR tunes and Z-STAR DELTA favourites.

“Z-STAR TRINITY had the packed house rocking all night, with Zee’s trademark on-stage energy, red-hot guitar riffs and cracking vocals all backed up by a thumping rhythm section, blowing the big crowd away. The real deal, if you can get to a gig, just do it!”
Swamp House

“Z-Star Trinity thunder into action with power and force…I could feel the beat through the floorboards, lifting me up out of my seat and onto the dance floor.”
Australian Stage