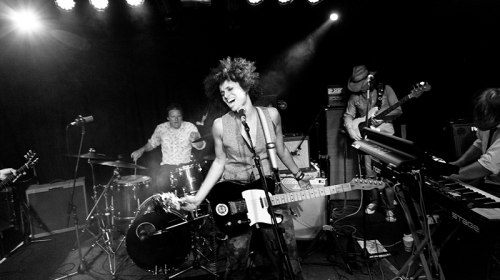 Z-STAR will be releasing their new album ’16 Tons of Love’ in 2019. Prepare to experience powerful psychedelic rock, soul-soaked blues, beefy garage funk and searing songs of heart wrenching intimacy. Imagine Janis Joplin meeting Jim Morrison and The Black Keys in a Quentin Tarantino directed episode of HBO’s True Blood, and you’re getting close to the unique sound of Z-STAR!

Z-STAR’s high octane transcendental live shows have lit up stages worldwide with performances at some of the most legendary festivals and venues.

“A force of nature.”
Jimmy Page

“Within seconds, it was apparent comparisons between Zee Gachette and Jimi Hendrix, Prince and Nina Simone were no exaggeration. The sheer energy of her rock guitar, channelling The Who and Led Zeppelin, and the passion and power in Zee’s voice blew the audience away.”
Rhythms Magazine

“An interstellar ride with the most exquisite psychedelic rock goddess around! Tipping a hat to the doors, but not only that, flipping it up into the air and catching it as a different hat and looking damn good in it, moments of intimate 5th dimension genius, then taken down to the roots of rock ‘n bluesy soul to lift the hearts and feet in order to kick down those doors of perception!”
Creative Evolution

“Z-Star has a surreal presence that draws you in and puts you under her spell. She commands attention with her powerful voice and well-crafted musicianship.”
Beat Magazine

“Zee [is] the next Jim Morrison and the 21st Century Doors.”
Music Worldwide

“They’re the band who seemed to skip to ’emerging’ status and jump straight to bigger things.”
Forte Magazine

“New blues star of the future.”
The Blues Magazine

“Z-Star just simply tore the stage apart with their incredible musicianship & hi-octane performance. If they had delivered any more energy the stage would have exploded. Zee Gachette you were born a star and you and your band were the highlight of our festival.”
Blenheimfest

“They deserve to be on a world stage. Period.”
Urban Jazz Radio

“The feedback we have received from the festival audience has been positively phenomenal. Zee’s high energy raw stage performance at the opening concert for the festival blew the many thousands of Canberrans away. Zee’s incredible presence on stage, her raw sound and brilliant voice pushed to its limits, ensured everyone at the festival remained mesmerised. We look forward to hosting Zee and her band once again in the not too distant future.”
National Multicultural Festival 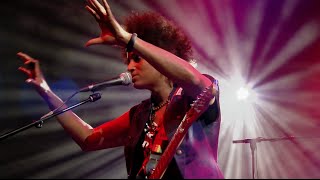 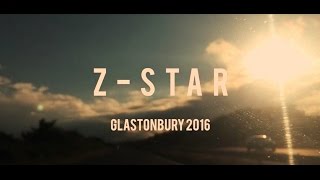 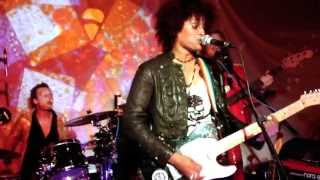